Home / Technology / IT / Programming / Difference Between Objective C and Swift

1. Overview and Key Difference
2. What is Objective C
3. What is Swift
4. Similarities Between Objective C and Swift
5. Side by Side Comparison – Objective C vs Swift in Tabular Form
6. Summary

What is Objective C?

Objective C is a super-set of C. Other than C language fundamentals, it has concepts such as classes, objects, properties, messaging and protocols. Protocols declare methods expected to be used for a particular situation. In Objective C, if the programmer wants to check the values in the classes, they can use key-value observation or write own custom setters. For initialisation calls “alloc” and “init” are used. To indicate the compiler, the new features than the regular syntax, there are @ symbols. Some examples are @interface, @implementation, @property, @protocol. There are extended data types such as NSArray, NSSet, NSDictionary. There are a lot of NS expressions can be seen in Objective C. For example, NSLog method is used to print logs.

Some programmers found working with Objective C harder. Therefore, Apple introduced Swift language. It is mainly using for IOS and Mac application development. It is a modern programming language with safe programming patterns. It multi-paradigm language which supports object-oriented programming and functional programming.

Swift has some data types. Most frequently used data types are Int, Float, Double, Bool, String, Character, Optional, Tuples. Optional data type either can hold a value or not. Tuples can store multiple values as a single value. Swift contains  Sets, Arrays, Dictionaries too. Swift provides type safety when compiling the code. If the programmer declared a variable as a string (e.g. var str =”hello”), then he cannot change that to an integer as str=10. Swift provides variable initialization, checking for array bounds and indexes, checking for integer overflows. There are Closures in Swift. They are used to capture and store constants and variable references defined inside functions. In Swift, functions are first-class objects. Functions can be returned from other functions.

In Swift, there is no need of using header files like in Objective C. Swift provides namespaces as many modern programming languages. It helps to separate the code into namespaces, so it is easy to organize the code. Swift gets regular updates to make applications robust and efficient. One popular version is Swift 4. It is a user-friendly language to build efficient applications.

What are the Similarities Between Objective C and Swift?

What is the Difference Between Objective C and Swift?

Download the PDF Version of Objective C vs Swift

Difference Between Xcode and Swift

Difference Between MICR and Swift Code 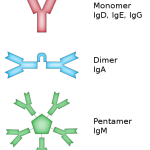