Occupation and designation are two concepts related with the professional life of an individual. Often the first question people are asked when sitting between strangers is concerned with their occupation. Occupation is closer to what people do for a living while designation is more a job title that tells more about the expertise of the individual while revealing information about his profession, as well. There are thus similarities between the two concepts though there are differences also that will be talked about in this article.

Every person has to do some work to earn money to start and raise a family. This work could be a business or a job. However, no matter what the work is, it boils down to a steady stream of income that a work provides. Business or job is the broad classification when it comes to occupation as it is enough to tell the fact whether a person is working for someone else or his own master.

There was a time not so long ago when there were clear cut occupations such as carpenter, electrician, plumber, painter, and it became clear to all as soon as a person told about his profession. Today there are countless ways to earn money, and it is harder to satisfy the query of a person about one’s occupation. Earlier, it was easy to visualize the profession of a person if you came to know he was a money lender or a barber. Today, there are numerous sub categories under a single profession to make it confusing for the people. Yet, one thread still dominates the word occupation, and that is the fact that occupation refers to activities that people indulge in to make money for a living.

The designation of a person discloses the title of his job in a company. Designation tells about the seniority or the broad functions or roles performed by a person. We may be knowing from the white apron of a person in a medical setting that the person is a doctor, but we do not know what his designation is until we are told that he is a senior surgeon in a cardiology department.

Even if, we know that engineering is the occupation of one of our friends, we really do not know about his designation in the company he works until he tells us that he is working as a chief engineer or a superintendent engineer. The roles and responsibilities of a person in an organization become clear through his designation. In a law firm, there may be dozens of lawyers working and all of them can be said to have the same occupation, but they are divided because of their designations that confirm their duties in the firm.

What is the difference between Occupation and Designation?

• Designation is the title a person holds inside an organization, and this could change once he changes the company while his occupation remains the same as long as he is in the same profession

Difference Between Profession and Occupation 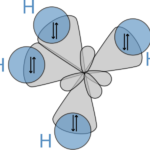 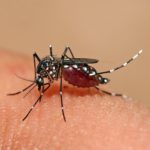