Ocean and sea are two terms that often look alike in their meanings but strictly speaking there is a lot of difference between them. The general idea is that a sea is smaller in size when compared to an ocean and hence it is considered a part of the ocean. It is interesting to note that sea is generally surrounded by masses of land. When compared with a sea, an ocean is huge in size. As a matter of fact, the 71% of water mass that covers the Earth’s surface is a one huge ocean. There are some other interesting facts about ocean and sea, which will be discussed in this article.

What is a Sea?

The seas are shallower when compared to the oceans. The reason for the lack of depth in the case of seas is that they are close to land in general. When it comes to the existence of life, sea beds are growing places of plants and animals that depend on light. Another interesting fact about sea is that man can attempt to reach the sea bed with the help of scuba gear.

What is an Ocean?

According to the Oxford English dictionary, an ocean is ‘a very large expanse of sea, in particular each of the main areas into which the sea is divided geographically.’ From even this definition, you can understand that an ocean is bigger than a sea. In fact, according to this, several seas are collected together to make an ocean.

There are five oceans in the world. They are the Arctic, Antarctic, Pacific, Indian and Atlantic Oceans. Unlike seas, oceans are unfathomable. When it comes to creatures and plants, you do not find plant life on the ocean beds. Moreover, they are laden with basic forms of life like the bacteria. The reason for the non-existence of plant life on ocean beds is that light cannot reach the depths of the oceans. When it comes to exploring the ocean bed, it will be very difficult for man to reach the depths of the ocean beds for he would find it difficult to withstand the pressure existing on the surface of the ocean beds. He would need the help of a special equipment called the Bathyscaphe.

What is the difference between Ocean and Sea?

• An ocean is much larger in size than a sea.

• One of the primary differences between oceans and seas is that the seas are shallower when compared to the oceans.

• Oceans and seas show difference between them in terms of the life that exists on their beds too. Ocean beds are not so much full with life as sea beds as they are too deep.

• Reaching ocean bed is not so easy for man as reaching sea bed. 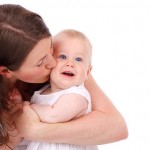 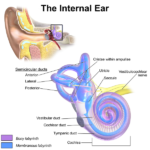