The key difference between OLED and 4K LED TV is that the OLED TV display has individually lit LEDs whereas the 4K LED comes with a backlit LED panel. Let us take a closer look at these differences and come to the conclusion on which TV has the upper hand.

What is OLED TV?

The OLED TVs comprise of self-lit Organic LEDs which brighten the display rather than an LCD display panel.  If we are to define OLED, it means Organic Light Emitting Diode. Every pixel is lit individually, which is the key feature of the display.

The images will be sharp and incredibly detailed, thanks to the OLEDs in the TVs. As elaborated before, the display is able to create realistic, rich colors and deep blacks as well as shades of grey at the same time.

Due to the fact that the technology used is like a plasma screen, the pixels on the OLED are lit one by one giving way to deep blacks as well as better contrasts. In regards to blacks and contrasts, this is the best technology available so far.

With the evolution of LED technology, LEDs are getting brighter with every model of 4K LED TVs. As OLED TVs’ pixels are lit individually, the brightness will not be able to equal 4K LED TVs.

The OLED TVs are able to produce images with contrast that are evenly spread across the image. This is mainly possible due to individual pixels being lit across the screen. This in turn enhances the image quality as well.

As with plasma TVs, the side angle view of the OLED TVs is exceptional. This is due to the individually lit pixels and the uniformity across the screen, which is not available with backlit LED panels.

The OLED TVs are new technology, so it is not too clear on how they would last. The plasma TVs had some problems when they were introduced, like burns on the display. Only time will be able to solve on how long these models will be able to last.

4K UHD TV’s are actually LCD TVs that are able to produce better resolution images than a regular LCD TV. It is more appropriate to be called a 4K LCD TV in other words. The 4K TVs comprise of Ultra High Definition, which support a resolution of 3840X2160 pixels which is a great resolution to have on any TV.

The OLED display works in coordination with all the color elements, red, green and blue. A single pixel is represented by all these colors. These colors are able to work in conjunction and create all the colors of the color spectrum which can range to millions. The colors are well represented according to the original image, and it is more accurate than an LCD. The images contain richer vibrant deeper accurate colors which give the displayed image a more real look.

The 4K TV area also known as Ultra High definition which are capable of producing superior resolutions of up to 3840X2160 pixels. The 4K TVs have a built-in feature to upgrade a high definition signal into a 4K resolution with the use of upscaling technologies. These enable the image to be viewed in near 3D with the greatest amount of detail that can be produced by a television.

According to the upscaling technology used, we can expect incredible clarity and sharpness on the display. When a high definition signal is converted to a 4K resolution video, the resolution increases by 4 times. This is a very important feature as native 4K content is rarely available in the market. The image quality will look great with the combination of detail and sharpness.

In the recent past, the LCD panels have seen a significant improvement in the resolutions.But there are plasma TVs that have better black levels than a 4K LED TVs. OLEDs have better resolution than a plasma TV. So there is a lot of catching up to be done by the 4K LED TVs in this area.

The 4K LED TVs are able to produce brighter screens.

The display screen is not uniform due to the use of backlights. This is one of the main drawbacks of backlit TVs. Sometimes brighter backgrounds are produced, or a bar-like pattern occurs across the screen. This problem can be reduced a bit by reducing the backlight settings.

Although the side angle view of LED TVs is developing, they still lag behind plasma and OLED TVs.

The 4K LED TVs have been around for some time and are known to last long. 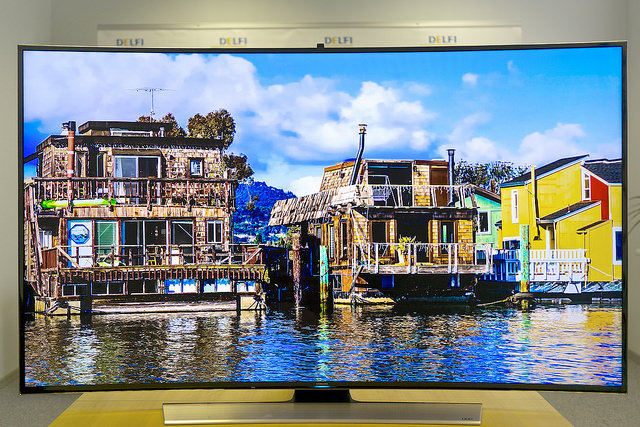 What is the difference between OLED TV and 4K LED TV?

OLED TV:  Due to the individually lit pixels which are able to produce many colors the OLED has better color representations

OLED TV: The resolution capable of being supported by the screen stands at 1920 X 1080 High Definition

OLED TV: It is able to produce deeper blacks, due to the screen being powered by individually lit pixels.

4K LED TV: The screen is not able to produce deep blacks like the OLED screen, due to the backlit LED source

OLED TV: The drawback of the individually lit LEDs is that it cannot output peak brightness

4K LED TV: As LED technology is evolving, the screens have become brighter

OLED TV: The screen contrast is uniform as each pixel on the screen is lit.

4K LED TV: Due to the backlit screen, the background will be brighter than the center of the screen which will not be uniform.

OLED TV: The OLED is able to exhibit great side angle view

4K LED TV: The picture quality fades as the view is moved from the center to an angle of the screen.

It is obvious that both have their own strengths compared to the other in different areas. The picture quality and deep blacks give the OLED the upper hand whereas  the 4K LED is better from a resolution point of view and image sharpness. The side angle view on the OLED is better than that of the 4K LED, which is backlit. However, the final decision will depend on the user preference.

Difference Between Next Generation TV Technology and Applications 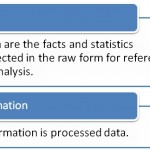 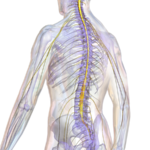