One of the commonest complaints due to abdominal origin is upper abdominal pain with dyspepsia, which is due to gastritis, or gastro oesophageal reflux, or peptic ulcer disease. There have been many reliever medications throughout the past two centuries, but the most effective medication came in the form of proton pump inhibitors. Both esomeprazole and omeprazole, fall into this category, and omeprazole is considered to be the pro drug. It has its action on the parietal cells of the stomach, which secretes the protons that provides the acidic nature to the gastric fluids. This drug acts on the H+/K+ATPase enzyme, binding to it irreversibly, causing profound inhibition of acid secretion.

If you consider the biochemical structure of omeprazole it is a racemate. There are oral preparations in the form of tablets and capsules, and intravenous preparations in the form of a powder. The absorption of omeprazole takes place in the small intestine, thus, it is important for the oral preparations to be enteric coated. The absorption of omeprazole completes in 3-6 hours time, and the bioavailability of the drug after repeated dosing is about 60%. This drug has to be taken in an empty stomach as the bioavailability is adversely affected by food. This drug is also associated with adverse effects like nausea, abdominal pain, diarrhea, dizziness, etc.

If you take esomeprazole, it is a proton pump inhibitor with a S-enantiomer of the omeprazole structure. They come in enteric coated oral forms and in intravenous forms. Its absorption is similar to omeprazole. But, it has a greater bioavailability than omeprazole. This is a drug that has some effects on several enzymes causing increases in the doses of warfarin and diazepam, and reduced function of clopidogrel. The adverse effects of this drug include the above mentioned adverse effects of omeprazole, as well as loss of appetite, constipation and dry mouth with more sever effects such as allergic reactions, dark urine, paresthesia, severe abdominal pain, etc.

What is the difference between Omeprazole and Esomeprazole?

The similarities between these two drugs outweigh the dissimalirities. Both of them are proton pump inhibitors, with similar mechanisms of action, similar actions done on the drug by the body, with similar drug interactions, and similar spread of adverse effects. The main dissimilarity between the two comes from the chemical composition, the greater biovailability of esomeprazole over omeprazole, and the extended array of possible side effects due to esomeprazole.

All these similarities and dissimilarities require further research to show the extent to which these are effective. But, currently both types of proton pump inhibitors are used in the management of gastritis, gastro oesophageal reflux and peptic ulcer disease. 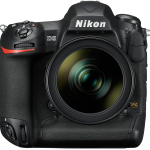