Both ontology and taxonomy deal with identifying the components and organizing those in an order, so that it would be easy to study. Both these disciplines study the components, but the ways those are arranged are different. However, taxonomy may be observed as ontology, yet there are significant differences between the two. These disciplines do have wide scopes, but their branches towards biology are discussed in this article.

Ontology could be briefly defined as the studying on something in the form of data. It is a formal approach to study the information by using classified categories and relationships among those. Ontology could have infinite ways of classifying information or data, which differs from the point of view of the researcher. Anything could be ontologically studied, and when the animals in the world are taken into this subject, they will be put into categories and relationships among those categories will be studied. Animals from Asia, Africa, Australia, etc. could be one approach.

There is no hierarchy in ontology, which is one major feature of this technique. As an example, none of those categories (Asia, Africa, Australia, etc.) could be placed higher from others, but they all have the same importance in all aspects. Elephas maximus maximus is the Sri Lankan elephant, which is a subspecies; Loxodonta africana is the African elephant, which is a species. The two animals are taxonomically placed in different levels, but ontologically both the animals share the same hierarchy as elephants from two categories. Similarities and differences between the two animals could be studied after considering them in these two categories.

Ontology is an explicit specification of existing matter according to the conceptualization, which has no limitations in categorizing, relating, naming, defining, etc.

Taxonomy is the discipline of classifying organisms into taxa by arranging them in a highly ordered manner. It is important to notice that taxonomists do the naming of taxa with Kingdom, Phylum, Class, Order, Family, Genus, Species, and other taxonomic levels. Maintenance of collections of specimens is one of the several responsibilities that a taxonomist would perform. Taxonomy provides identification keys by studying the specimens. The distribution of a certain species is very important for the survival, and taxonomy is directly involved with studying that aspect, as well. One of the well-known functions that taxonomists do is the naming of organisms with a generic and specific name, which is sometimes followed up with a sub-species name.

Species are scientifically described in taxonomy, which includes both extant and extinct species. Since the environment is changing every moment, the species should adapt accordingly, and this phenomenon is taking place rapidly among insects; taxonomical aspects are very important to be updated for such groups of organisms as the descriptions for a particular species have been changed in a minor interval. Accordingly, the naming would also be changed with the new description forming a new taxon.

Taxonomy is a fascinating field in biology with the involvement of highly enthusiastic scientists who are devoted to the discipline, and they usually go through many physical hardships in the wild.

What is the difference between Ontology and Taxonomy?

• Ontology is studying of present information or entities through categorizing according to the preference, whereas taxonomy is the studying of information using a hierarchical model.

• Ontology could be a model while taxonomy would be a tree.

• Both approaches have categories; taxonomical categories are arranged as super type – sub type model, but all the categories have the same importance in ontology.

• The terminology, glossary, definitions, relationships, and categories are infinite in an ontological approach, whereas those aspects are seriously defined in taxonomy.

Difference Between Taxonomy and Classification 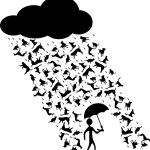 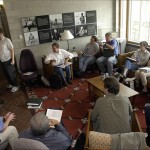