Android 1.5 (Cupcake), Android 1.6 (Donut), Android 2.1 (Eclair), Android 2.2 (FroYo), Android 2.3 (Gingerbread), Android 2.3.3,  Android 2.3.4, Android 2.3.5 to 2.3.7, Android 3.0 (Honeycomb), Android 3.1, Android 3.2, and Android 4.0 (Ice Cream Sandwich) are the Android mobile operating system versions that were released since its inception until Q4 2011. Android is an open source software stack developed for mobile phones and other mobile devices. Android was initially created by Android Inc. based on a modified version of the Linux kernel. Google bought Android in 2005 and formed the Android Open Source Project (AOSP) in collaboration with Open Handset Alliance to maintain the Android system and to develop it further. AOSP was formed with the primary intention of developing an excellent open platform for mobile devices and give users a real mobile experience. Today many companies have invested in AOSP and allocated resources to develop Android further with the goal. Most of the smartphones released during Q4 2010 and Q1 2011 are Android phones. Android has surpassed Apple in the market share by Q4 2010.

As Android is an open source software platform, there can be incompatible implementation due to uncontrolled customization; AOSP has taken care to avoid those through ‘Android Compatibility Program’. Anyone can use the Android source code, but if they wish to use Android brand then they must be included in the ACP.

The camera capabilities are another area much enhanced in Android 4.0. Image capturing is enhanced with continuous focus, zero shutter lag exposure and decreased shot-to-shot speed. After capturing the images, users can edit those images on the phone itself, using the image editing software. While recording video users can take full HD images simply by tapping the screen, as well. Another introducing feature on the camera application is the single-motion panorama mode for larger screens. Features such as face detection, tap to focus are also onboard Android 4.0. With “Live Effects”, users can add interesting changes to captured video and video chat. Live Effects enable changing the background to any available or custom images for captured video and video chat.

Android 4.0 is the mobile operating system, which takes Android platform into the future. There for it is no surprise that the new operating system has focused on the NFC capabilities of future Android smart phones and tablets. “Android Beam” is a NFC based sharing application, which allows two NFC enabled devices to share images, contacts, music, video and applications.

Android 3.2 is the last released version of the tablet specific Honeycomb. It was released in July 2011. It is a small add on to previous versions.

Android 3.1 is the first major release to Honeycomb, this is an add on to the Android 3.0 features and the UI. It enhances the capabilities of the OS for both users as well as the developers. With the update, the UI is refined to make it more intuitive and efficient. Navigation between the five home screens is made easy, a touch of the home button in system bar will take you to frequently used homes screen. The home screen widget can be customized to add more information. And the recent apps list is expanded to more number of applications. The update also supports more varieties of input devices and USB connected accessories.

In addition to these new features, some of the standard applications are improved in order to optimize the larger screen. The improved applications are Browser, Gallery, Calendar and Enterprise Support. The improved browser supports CSS 3D, animations and CSS fixed positioning, embedded playback of HTML5 video content and plugins that use hardware accelerated tendering. Web pages can now be saved locally for offline viewing with all styling and imaging. Page Zoom performance also improved, giving a better browsing experience.

Honeycomb is the first Android platform entirely designed for devices with large screens such as tablets and it is the first version of the platform designed to support symmetric multi processing in a multi core environment. Honeycomb took the advantage of the larger real estate in mind and designed the UI, the new UI looks awesome. Android 3.0 offers 5 home screens that can be customized and scrollable, and offers new wall papers. The widgets are redesigned to enhance the appearance on a large screen. The key board also redesigned with keys reshaped and repositioned and new keys are added. With Honeycomb, the tablets do not need physical buttons; the soft buttons appear on the bottom of the screen regardless of which way you orient the device.

The other new features in Honeycomb include 3D transition, bookmark syncing, private browsing, pinned widgets – create your own widget for individuals in the contact list, video chat using Google Talk and auto-form fill. It has integrated the redesigned YouTube for 3D, tablet optimized eBooks, Google Map 5.0 with 3D interaction, wallpapers and many of the updated Android phone applications.

With the improved web browser, surfing the net is amazing, it gives a full web browsing experience with the support of Adobe Flash Player 10.2. Honeycomb also has incorporated all Google apps such as Gmail, Google Calender, Google talk, Google Search, Google maps and of course a redesigned YouTube. In additon it has integrated ebooks. Google proudly boasts that it has millions of books to go with Google ebooks, currently it’s having 3 million ebooks. The eBook widget on the home screen gives you access to scroll through the list of bookmarks.

The other features that you will be bewildered with Honeycomb tablets are the face to face chat with millions of Google talk users and the 3D effect in Google Map 5.0.

Android 2.3.5 to 2.37 are minor updates that include few improvements and mainly bug fixes.

Android 2.3.4, the latest over the air Android version update to Gingerbread brings an exciting new feature to Android based devices. With the upgrade to Android 2.3.4 you can video or voice chat using Google Talk. Once updated you will notice a voice/video chat button next to your contact in Google Talk contact list. With one touch you can send an invitation to start a voice/video chat. You can make video calls via 3G/4G network or via Wi-Fi. The Android 2.3.4 update in addition to this new feature also include some bug fixes.

The update initially comes to Nexus S phones and will be launched to other Android 2.3 + at a later time.

Android 2.3.3 is a small update to Android 2.3, few features and APIs are added to Android 2.3. (API stands for Application Program Interface). The notable upgrade is the improvement for NFC, now applications can interact with more types of tags. NFC communication relies on wireless technology in the device hardware, and is not present in all Android devices. Improvement is made to API for developers to request filtering on Android Market, so that their applications are not discoverable to users whose devices do not support NFC.

There are some improvements on Bluetooth as well for non-secure socket connections. There are some more changes for developers in graphics, media and speech. The Android 2.3.3 API is identified as 10.

Android 2.3.2 build GRH78C is a major fix, possibly on SMS bug but official logs have not been released regarding this. 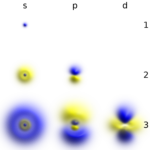 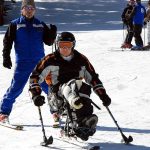