What is Optical Zoom?

In photography, the photographer is constantly exposed to conditions where he must take the photograph standing very far from the subject. It can be a wildlife scene or a faraway waterfall, which are impossible to get near, or even a shot where the subject will be disturbed by the presence of the photographer. The photographer requires a zooming method to take the snapshot with enough details on it. All cameras use a set of lenses to control the light that falls on the sensor or the film. In some cameras, there is a mechanism to adjust the set of lenses so that a faraway object can be zoomed in and a clear photograph can be taken. Some cases require for the photo to be of a wide angle, in that case the system can be zoomed out to fit in the image. This method of zooming in and out using mechanical methods to move the lenses is called optical zooming. Normally in a camera a zoom button has two ends, w and t. w stands for wide angle and t stands for telephoto. It must be noticed that when an image is zoomed in and out from the normal position of the lens, the image appears distorted. The center part or the outer parts depending on the zoom setting is stretched. Optical zoom, however, does not have much of an impact on image quality.

Difference Between Optical and Digital zoom 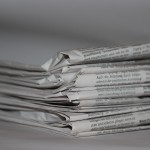