Orang-utan and gorilla are two highly evolved primates and people refer them mistakenly more often than not. A proper awareness or serious consideration would be beneficial about the characteristics and other natural history related factors of these two primates in order to avoid errors. Orang-utan and gorilla are naturally distributed in two different regions of the world, and they make the largest primates. This article would be a great help to understand the factors that make these two animals unique from each other.

Orang-utan is an arboreal primate distributed in the rainforests of Borneo and Sumatra. There are two distinct species and both of them are threatened animals according to the IUCN red list categories. The two species are known as Bornean Orang-utan (Endangered) and Sumatran Orang-utan (Critically Endangered). In addition to the IUCN categorizations, Orang-utan is listed in the Appendix 1 of the CITES (Convention on International Trade of Endangered Species of Fauna and Flora). The characteristics of these large arboreal animals have long arms, which are long as twice as the legs or hind limbs. Although they are arboreal animals, they can walk on the ground in an upright posture, and it measures 1.2 – 1.5 metres when an Orang-utan stands on feet. Their body weights range from 33 to 80 kilograms, but their males are heavier than 110 kilograms. Their large head with a characteristic face profile makes them be unique among all animals. Orang-utans have long hairs that are uniquely coloured in reddish brown all over the body except on the face and palms. They are amongst the most intelligent primates, and their sophisticated tool using behaviours have proven that. Orang-utans are mostly fruit eating animals with a sort of specialized diet, but omnivorous feeding behaviours are also present according to the availability. Altogether, these solitary animals have bulky body equipped with long and strong arms, bowed legs, and a thick neck. Interestingly, Orang-utans do not have a tail, despite being an arboreal animal. They averagely live about 35 years in wild and it could extend up to 60 years in captivity.

Gorillas are of two species and they both make them the largest among all the primates. They naturally inhabit the tropical to subtropical forests of Central and Western Africa and nowhere else. The two species of gorilla are known as Western gorilla (Gorilla gorilla) and Eastern gorilla (Gorilla beringei). Eastern gorilla ranges in some of the Central African countries including Uganda and Rwanda mainly. The Western gorillas have been recorded from western African countries viz. Cameroon, Nigeria, and Angola. Adult males, aka silverbacks are the largest of all the primates measuring about 1.5 – 1.8 meters of height, and their weights range from 140 to 200 kilograms. In addition, a well-grown silverback is almost as twice as a female. The structure of the skull of gorilla is a prime example to demonstrate their characteristic mandibular prognathism. In other words, the protrusion of mandible (lower jaw) compared to maxilla (upper jaw). The coat colour of gorillas is dark with mostly blackish brown, but the silverbacks have flame-like hairs on the head. Gorillas are social animals living in troops, and they prefer to nest on trees. Their diet is mainly herbivorous consisting fruits and nutritious leaves. Their large brain weighs about 400 grams, which is an indication of their high intelligence. Gorilla is a long-lived animal with a lifespan of 55 years in wild.

Difference Between Gorilla and Chimpanzee 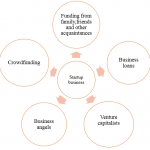 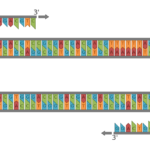 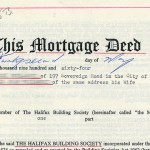 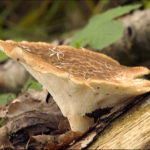