All the molecules can be largely divided into two groups as organic and inorganic. There are various study areas developed around these two types of molecules. Their structures, behavior, and properties are different from each other.

Organic molecules are molecules consist of carbons. Organic molecules are the most abundant molecule in living things on this planet. Main organic molecules in living things include carbohydrates, proteins, lipids and nucleic acids. Nucleic acids like DNA contain genetic information of organisms. Carbon compounds like proteins make structural components of our bodies, and they make up enzymes, which catalyze all the metabolic functions. Organic molecules provide us energy to carry out day to day functions. There is evidence to prove that carbonic molecules like methane existed in the atmosphere even several billion years ago. These compounds with the reaction with other inorganic compounds were responsible for generating life on earth. Not only, we are made up of organic molecules, but also there are many types of organic molecules around us, which we use every day for different purposes. The clothes we wear are composed of either natural or synthetic organic molecules. Many of the materials in our houses are also organic. Gasoline, which gives energy to automobiles and other machines, is organic. Most of the medicine we take, pesticides, and insecticides are composed of organic molecules. Thus, organic molecules are associated with nearly every aspect of our lives. Therefore, a separate subject as organic chemistry has evolved to learn about these compounds. In the eighteenth and nineteenth century, important advances were made in the development of qualitative and quantitative methods for analyzing organic compounds. In this period, empirical formula and molecular formulas were developed to identify molecules separately. Carbon atom is tetravalent, so that it can form only four bonds around it. And a carbon atom also can use one or more of its valences to form bonds to other carbon atoms. Carbon atom can form either single, double or triple bonds with another carbon atom or any other atom. Carbon molecules also have the ability to exist as isomers. These abilities allow carbon atom to make millions of molecules with different formulas. Carbon molecules are broadly categorized as aliphatic and aromatic compounds. They can also be categorized as branches or unbranched. Another categorization is based on the type of functional groups they have. In this categorization, organic molecules are divided to alkanes, alkenes, alkyne, alcohols, ether, amine, aldehyde, ketone, carboxylic acid, ester, amide and haloalkanes. 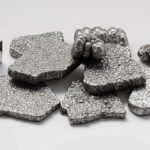