Speed and velocity are the common terms to describe the fast or slow movement of an object, person, or an automobile. We know what we mean when we describe the movement of a train or a bus in terms of kilometers per hour or mph. The term speed is also used for one’s own movement while one is walking briskly either on a treadmill, cycle, or jogging or running on a track. There is another word pace that confuses many because of its similarities with the concept of speed. Despite all the similarities, there are differences between speed and pace that will be highlighted in this article.

Pace is a term that is used in many different contexts such as the tempo of a music piece, the flow of events in a drama or a theater play, or the rate of movement during an activity such as walking or running. Pace is used more often by runners to describe the rate of their movement. Pace is used to let others know how fast they have been moving, and it is just another method to talk in terms of one’s speed. Runners talk of their pace in terms of the number of minutes taken to cover a mile. The concept of pace is important in long distance races such as 5000m, 10000m, and marathons. This is because maintaining different paces at different parts of these races is important to outpace other runners.

Speed is the measure of how fast one is moving on a track, but it applies to all moving objects whether they are cycle, motorcycle, car, bus, boat, train, or even an airplane. If there are two cyclists competing with each other on a track and one is moving faster than the other, you are inclined to say that one has a higher speed than the other. The units of speed are miles per hour or kilometers per hour. Fitness equipment such as exercise bikes and GPS watches today come fitted with a monitor that display the speed of the user while pedaling away or running on a track.

• If you are running on a track and taking 20 minutes to complete a mile, your pace is 20 (minutes per mile) while your speed is 3 miles per hour.

• Pace and speed are two different ways of measuring the same quantity.

• Pace is used more often by runners while cyclists use the word speed.

• Pace is how long you take to do a mile while speed is how many miles you do in an hour.

• If your Garmin watch tells you your pace is 7:30, it simply means you take 7 minutes and thirty seconds to complete a mile. In this example, the speed would be 8 mph.

• Speed is the universally accepted measure of rate of movement.

Difference Between Interval and Ratio

Difference Between Congruent and Equal

Difference Between Maximum and Maximal 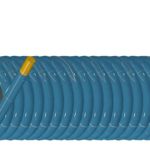