The difference between parallel cousins and cross cousins play a major role in some cultures as it has an implication on marriages. Before looking at it in the angle of marriage, let us first see who these parallel and cross cousins are. When it comes to relationships, we can identify two types of relationships. All of us have blood relatives as well as relatives who join families as a result of marriages. Blood relatives are called consanguine relations whereas others are called affinity relationships. In this article, we refer to cousins who are related to someone through blood connection. Parallel cousins are the siblings from mother’s sisters’ family or from father’s brothers’ family. Thus, parallel cousins come from parents’ same-sex siblings. On the other hand, cross cousins come from parents’ opposite sex siblings. That is from mother’s brothers’ family or father’s sisters’ family. However, these relationships play important roles in cultures, especially with regard to marriage customs. In this article, we are going to look at the two terms and the differences between parallel cousins and cross cousins in detail.

Who are Parallel Cousins?

Who are Cross Cousins?

What is the difference between Parallel and Cross Cousins?

• Further, marriages between parallel cousins are mostly considered to be an incest taboo but cross-cousin marriages are accepted.

Difference Between Wife and Girlfriend

Difference Between Heterosexual and Straight

Difference Between Cohabitation and Marriage 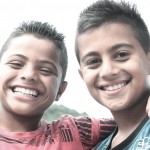 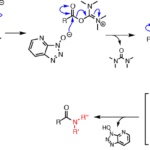