Atoms are the tiny units, which collect up to form all the existing chemical substances. Atoms can join with other atoms in various ways, thus form thousands of molecules. All elements have a diatomic or polyatomic arrangement to become stable except the Nobel gases. According to their electron donating or withdrawing abilities, they can form covalent bonds or ionic bonds. Sometimes, there are very weak attractions between atoms. Particles and molecules have similar behavior and properties because molecule is also a particle.

Particle is a general term. Depending on where we use it, we can define it. Generally particle is an object with a mass and a volume, and it should have other physical properties also. It is a small, localized object too. Often we represent a particle with a dot and its movement is random. Whether we can call an object a particle depends on the size. For example, in a solution where lots of molecules are dissolved in, we can say one molecule as a particle. Particle theory explains about particles as follows.

• Matter is made up of tiny particles.

• These particles in matter are held together by strong forces.

• Particles in matter are in constant motion.

• Temperature affects the speed of particles. For example, in higher temperature, particle movement is higher.

• In matter, there are large spaces between particles. Compared to these spaces, particles are very small.

Molecules are made up by chemically bonding two or more atoms of the same element (e.g. O2, N2) or different elements (H2O, NH3). Molecules do not have charge, and the atoms are bonded by the covalent bonds. Molecules can be very large (hemoglobin) or very small (H2), depending on the number of atoms that are connected. The type and number of atoms in a molecule are shown by the molecular formula. The simplest integer ratio of atoms present in a molecule is given by the empirical formula. For example, C6H12O6 is the molecular formula of glucose, and CH2O is the empirical formula. Molecular mass is the mass calculated considering the total number of atoms given in the molecular formula. Each molecule has its own geometry. The atoms in a molecule are arranged in the most stable manner with specific bond angle and bond lengths, to minimize the repulsions and straining-forces. 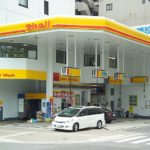 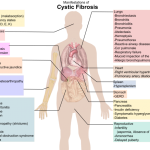 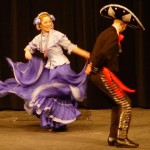