Man and woman have been created by almighty to be natural partners for each other. Indeed this has been so, even before the institution of marriage was conceived as a means to keep both partners loyal and faithful to each other. But, one thing is certain, and that is there is no divine sanctity behind marriage or else there may not have been so many divorces, especially in western cultures. If a man takes his legally wedded wife as his natural partner and not as a burden for life, marriages will have longer lives, and there will be far less divorces than there are at present. Still, even in the best of cases where there is a high compatibility between husband and wife, there are subtle differences between them to suggest that partner and wife are indeed separate concepts. Let us take a closer look.

If we are talking about partner in general, say in a business or any other endeavor, he can be a close friend or someone who is ready to put in money or capital for the venture. There is a legal contract specifying details of a partnership or any other method of carrying on business. You have faith in your partner’s abilities and trust him in financial matters, but can you say you love him just as you do your wife? Similarly it is a folly to consider your wife as your partner because in such a relationship, both spouses are ready to do much more for each other than a partner ever would, even if that person happens to be your girlfriend.

Talking about life in general, it has become common for people to have a live-in relationship before marriage. In fact, in cases where men and women start living together as a husband and wife without legally marrying each other, both treat each other as partner. Though there is a lot of intimacy because of sexual relations, the fever slowly wears off and both yearn for their independence, which they had when living separately. This is why there is always bickering and a bitter end to such an arrangement.

If your partner happens to be your legally wedded spouse, it is a natural phenomenon to develop strong feelings towards the person. It is these emotions that work to bind marriage together. And later on, when there are offspring added to the family, there are more bonds of attraction that contrive to make a marriage stronger and more durable. These are the factors that made our forefathers go in for an institution called marriage, and the manner in which a marriage is solemnized in front of friends and relatives giving a force of religion behind it, both partners (spouses) feel gratified to live under such an arrangement.

Difference Between Boyfriend and Husband 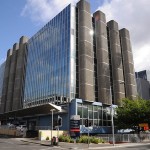 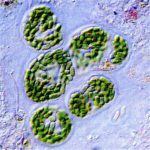 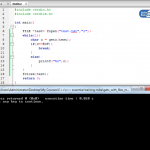