Pentax K-x and K-r are two entry level DSLR cameras built by Pentax. These two cameras are very low priced, and can be a good selection for photographers who want to move on from point and shoot cameras to the DSLR world. These two cameras are almost similar in many aspects and even the body. But there are some basic differences between these two models. This article will try to compare the main features and discuss the differences between the Pentax K-x and Pentax K-r camerax.

Resolution of the camera is one of the main features a user must look into when buying a camera. This is also known as the megapixel value. Both the Pentax K-x and the Pentax K-r have a 23.6 x 15.8 mm CMOS sensor with 12.4 megapixels. In the sense of resolution, both the K-x and the K-r can be considered equal. Both of these cameras also have sensor dust warning and removal methods.

ISO value range is also an important feature. The ISO value of the sensor means, how much sensitive the sensor is to a given quantum of light. This feature is very important in night shots and sports and action photography. But increasing the ISO value causes a noise in the photograph. The Pentax K-x features an ISO range from 200 to 6400 with extended setting at ISO 100 and ISO 12800. The K-r featuresa bit more high range ISO values ranging from 200 to 12800 ISO, and expandable from 100 to 25600 ISO. In the sense of ISO sensitivity, the K-r is a better option than the K-x.

Frames per second rate or more commonly known as the FPS rate is also an important aspect when it comes to sports, wildlife and action photography. FPS rate means, the mean number of photos the camera can shoot per second on a certain setting. Pentax cameras are famous for their relatively high frames per second rate than the other DSLR cameras. The K-r has an excellent fps rate of 6 frames per second up to 12 RAW images or 25 JPEG images. The K-x features an above average 4.7 fps rate, and can shoot up to 5 RAW or 17 JPEG images. In the case of fps rate, the K-r tops the K-x.

A DSLR would not take the picture as soon as the shutter release is pressed. In most conditions, the auto focusing and auto white balancing would take place after the button is pressed. Therefore, there is a time gap between the press and the actual photo taken. This is known as the shutter lag of the camera. Both of these cameras have very little shutter lag compared to other models.

High definition movies or HD movies correspond to movies having resolution higher than standard definition movies. HD movie modes are 720p and 1080p. 720p has dimensions of 1280×720 pixels, while the 1080p has dimensions of 1920×1080 pixels. Both of these cameras features 720p HD video recording, but K-r has a 25 fps movie speed, while the K-x has a 24 fps movie speed.

In DSLR cameras, the inbuilt memory is almost negligible. An external storage device is required to hold images. Both of these models can only accumulate SD and SDHC cards. SDXC cards are not supported in both of these models.

Live view is the ability to use the LCD as a viewfinder. This can be convenient because the LCD gives a clear preview of the picture in good colors. Both of these cameras have live view without a flexible display.

In the departments of ISO performance, fps rate, and autofocus capability, the K-r excels the K-x model. In the case of dimensions and battery life, the K-x model is slightly better. However Pentax K-r is a better model than a K-x model in overall performance. 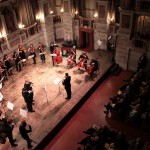 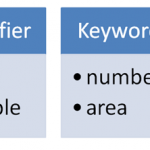