Amino acids, peptides, and proteins are often referred to as related terms, yet they are different in their characteristics.  Amino acids are the building blocks of both peptides and proteins. Amino acid is a small molecule that contains an amino group (-NH2) and a carboxylic acid group (-COOH), which are bound to a central carbon atom, with an additional hydrogen and a side chain (R- group). This side chain varies among all the amino acids; hence it determines the unique characters and the chemistry of each amino acid. Particular gene sequence is used to determine the amino acid sequence in both peptides and proteins.

The primary function of the most peptides is to allow effective communication by carrying biochemical messages from one place to another in the body.

Proteins are the most diverse group of biological macromolecules. A protein is composed of one or more long unbranched chains called polypeptides and yet the building blocks of proteins are amino acids. The sequence of amino acid determines the major characteristics of a protein, while this amino acid sequence is defined by the particular gene sequence.

What is the difference between Peptide and Protein?

• Length of a peptide is less than approximately 100 amino acids, while that of a protein is more than 100 amino acids. (There are exceptions; thus, the differences rely more on the function of the molecules, rather than the their sizes)

• Unlike peptides, proteins are considered as macromolecules.

• All the peptides exist as linear chains while proteins can exist as primary, secondary, tertiary, and quaternary.

Difference Between Protein and Creatine 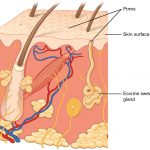 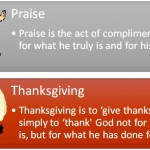 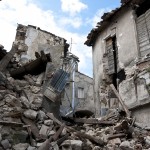