Perimenopause and menopause can confuse you because they are very closely related and present at the same age range. It refers to the end of the menstrual cycle. However, there are clear differences between the two, which will be discussed here in detail.

Peri-menopause is the period around the cessation of monthly menstrual bleeding. It is a period of transition from fertile reproductive period to non-fertile post-menopausal period.  There are no clearly defined limits to peri-menopause. Perimenopause is a clinically definable period. It usually lasts for four years. However, in some individuals, it can stretch beyond eight years. The end of peri-menopause is after one year without menstruation. Peri-menopause is the period when the regular circular rhythm of monthly hormonal changes begins to go out of sync. The rate of estrogen decline increases throughout the peri-menopause. This hormonal imbalance is the result of peri-menopause symptoms. Patients present with irregular menstruation, heavy bleeding, and scanty bleeding during peri-menopause. A good clinical history is important to suspect peri-menopausal syndrome. In addition to irregular bleeding, patients may experience hot flashes, poor sexual drive, worsening premenstrual syndrome, vaginal dryness, watery vaginal discharge, mood swings, and loss of sleep. These features can be considered as early signs of menopause. Diagnosis of peri-menopause is clinical. Blood tests to assess serum levels of hormones are of limited value.

Menopause is the cessation of monthly menstrual bleeding. It is defined as cessation of primary ovarian functions. It usually occurs around late 40s and early 50s. During a normal cycle, the pituitary secretes FSH and LH which trigger the development and maturation of follicles and their release. When follicles mature they secrete estrogen and once they are released, progesterone. Estrogen and progesterone stimulate growth of the endometrial lining. When a conception does not occur, the inner lining of the uterus sheds. This is called menses or the period.

In menopause, the availability of follicles to mature under hormonal control of the pituitary diminishes. Therefore, the serum levels of estrogen and progesterone drops. The feedback inhibition on pituitary hormone secretion stops. Therefore, FSH and LH levels rise. This is detectable in blood tests and is used to confirm menopause. There are extreme cases where menopause occurs much earlier or later than expected. Very early menopause is called premature ovarian failure. This occurs in 0.1% of female below 30. There are reports of regular menstruation and pregnancy at the age of 70 but beyond that it is non-existent. Features of estrogen lack such as dry vagina, poor libido, hot flashes, watery vaginal discharge, urinary symptoms, joint pain, back pain, depression can occur during menopause. The protective action of estrogen against heart attacks, high blood pressure, and hypercholesterolemia diminishes in menopause. These symptoms can be alleviated by hormone replacement therapy. However, this is not advisable for long term because of the high risk of breast cancer.

What is the difference between Perimenopause and Menopause?

• Perimenopause present as irregular menstruation while the menopause features a total absence of menstruation.

• There are active follicles in perimenopause while there is none in menopause.

• The hormone levels may be normal in perimenopause while FSH and LH are high in menopause.

1. Difference Between Pregnancy Bleeding and Period

3. Difference Between Pregnancy Spotting and Period

4. Difference Between Pregnancy and Period Symptoms

Difference Between Abortion and Miscarriage 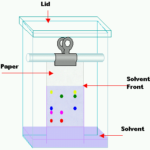 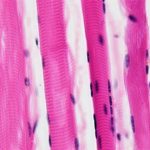 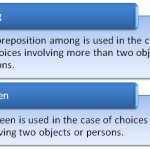 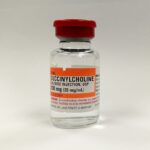