Both phenyl and benzyl are derived from benzene, and commonly confused by students of chemistry. Phenyl is a hydrocarbon molecule with the formula C6H5, whereas benzyl is C6H5CH2; an extra CH2 group attached to the benzene ring.

Phenyl is a hydrocarbon molecule with the formula C6H5. This is derived from benzene, therefore, has similar properties as benzene. However, this differs from benzene due to lack of a hydrogen atom in one carbon. So the molecular weight of phenyl is 77 g mol-1. Phenyl is abbreviated as Ph. Usually phenyl is attached to another phenyl group, atom, or molecule (this part is known as the substituent, R group as in the figure). The carbon atoms of phenyl are sp2 hybridized like in benzene. All the carbons can form three sigma bonds. Two of the sigma bonds are formed with two adjacent carbons, so that it will give rise to a ring structure. The other sigma bond is formed with a hydrogen atom. However, in one carbon, in the ring, the third sigma bond is formed with another atom or molecule rather than a hydrogen atom. The electrons in p orbitals overlap with each other to form the delocalized electron cloud. Therefore, phenyl has similar C-C bond lengths between all carbons, regardless of having alternating single and double bonds. This C-C bond length is about 1.4 Å. The ring is planar and has a 120° angle between bonds around a carbon. Due to the substituent group of phenyl, the polarity and other chemical or physical properties change. If the substituent donate electrons to the delocalized electron cloud of the ring, those are known as electron donating groups (E.g. -OCH3, NH2). If the substituent attracts electrons from the electron cloud, it is known as electron withdrawing substituent. (E.g. -NO2, -COOH). Phenyl groups are stable due to their aromaticity, so they don’t easily undergo oxidations or reductions. Further, they are hydrophobic and non-polar.

The formula of benzyl is C6H5CH2. This is also a derivative of benzene. Compared to phenyl, benzyl has a CH2 group attached to the benzene ring. Another molecular part (R group as depicted in the picture) can be attached to the benzyl group via bonding to the CH2 carbon atom. Benzyl group is abbreviated as “Bn”. The molecular weight of benzyl group is 91 g mol-1. Since there is a benzene ring, benzyl group is aromatic. In organic chemistry mechanisms, Benzyl group can be formed either as a radical, carbocation (C6H5CH2+) or a carboanion (C6H5CH2–). For example, in nucleophilic substitution reactions, benzylic radical or cation intermediate is formed. There is a higher stabilization of these intermediates compared to the alkyl radical or cation. The reactivity of benzylic position is similar to that of allylic position. Benzyl groups are often used in organic chemistry as protective groups, especially to protect carboxylic acid or alcohol functional groups.

What is the difference between Phenyl and Benzyl?

• Molecular formula of phenyl is C6H5 whereas, in benzyl, it is C6H5CH2.

Difference Between Ethanol and Biodiesel 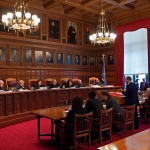