Phylum and division are highly confusable classification levels, if not understood well. Both the terms have been categorized at a similar hierarchy in the biological classification. The differences between the two terms are simple, and it mostly depends on whether it is an animal or a plant. This article reviews the important differences between these levels of systematic, biological classification. Finally, the presented brief comparison would be ideal to follow to straighten the unclear quotes or the grey areas of the knowledge spectrum.

The phylum is one of the major classification levels representing a unique group of animal. The phylum, or phyla in plural form, has the status immediately below the Kingdom level and above the Class level. It would be important to notice that the classification level of phylum is only used in classifying the animals. All the animals that have been identified so far in the world are classified into 35 phyla under the Kingdom: Animalia. Humans are included in the Phylum: Chordata, flatworms in the Phylum: Platyhelminthes, corals in the Phylum: Coelenterata, starfishes in the Phylum: Echinodermata, mosquitos in the Phylum: Arthropoda, many other animals in different phyla. When it considered the entire group of discovered faunal species by people so far, the vast majority or more than 96% are included in nine phyla of the total 35. Those nine phyla include the Chordata, Echinodermata, Arthropoda, Annelida, Mollusca, Platyheminthes, Nematoda, Coelenterata, and Porifera. Arthropods have been the most diversified with the highest number of species over one million species; Nematodes come next, and the chordates follow them in terms of the number of species. Interestingly, the animals classified in a particular phylum could be related to each other based on the body plans of animals as well as on the evolutionary relationships.

The biological classification term ‘division’ is a very important level that represents a unique group of plants in the biosphere. In addition to the plants, the fungi and bacterial species are classified into divisions but not into phyla. The division ranks immediately below the Kingdom level and above the Class level. The entire biosphere has three domains consisting different kingdoms; bacteria and eukaryotes are two of those three domains, and eukaryotes contain both plants, animals, and fungi mainly. The importance of considering domains is the classification level of the division is found in bacteria, fungi, and plants. Therefore, it could be concluded that the division level classification is common in two of the three domains of the biological species. There are 12 divisions in the Kingdom: Plantae and six divisions in the Kingdom: Fungi. The bacterial species are included in 29 divisions, and it may be possible to increase that number into 52 in the future. However, the bacterial divisions are sometimes referred as phyla by some authors. 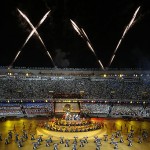 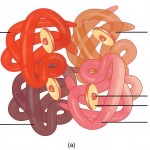