Harpsichord was at its helm during the renaissance period, and the famous musicians using this stringed musical instrument were henry Purcell, Domenico Scarletti, etc.

Piano is a very interesting stringed musical instrument that is played by striking a keyboard. This action of striking a key depresses it to cause a hammer to strike string that is tuned. The invention of Piano is credited to Bartolomeo Cristofori of Italy in the early 17th century. He had deep knowledge of Harpsichord and created piano with this knowledge.

What is the difference between Piano and Harpsichord?

• Both Piano and Harpsichord are stringed musical instruments, but whereas the keyboard is struck in case of piano, it is plucked in a Harpsichord.

• Harpsichord can be said to be a predecessor of Piano.

• Piano was invented in the early 18th century while Harpsichord was at its peak during the renaissance period.

• Harpsichord has two sets of strings, whereas Piano has one.

• Piano sounds have variations while Harpsichord will produce the same sound no matter how the key is pressed.

Difference Between Organ and Piano 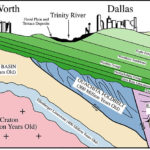 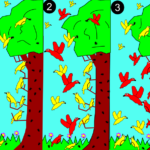