Pig and hog are natively old world animals, but with the increasing demand for the human consumption on them, pigs and hogs have been distributed all over the world now. A hog is always a pig, but not all the pigs are hogs. That means there should be some distinction between pig and hog. This article is about them, and the difference between pig and hog are discussed below.

All the members of the genus, Sus, belong to the group of pigs. There are ten extant species of pigs in the world today, and all of them are native to Asia, Europe, or some Northern African regions. The pigs include wild boars, bearded pigs, and warty pigs. However, the Pygmy hog are not considered true pigs as they are not included in the same genus as the other pigs and boars. Pig is not native to Americas and Australia, but it has been introduced to those continents. However, these animals are referred as pigs especially when they are domesticated. The ancestors of the domesticated pigs are the wild boars.

There are four hooves in each foot of a pig, and the front two digits are considerably larger compared to the rear pair of digits. These even toed ungulates are omnivorous animals and have social groups, mainly family units. Additionally, they are considered as very intelligent among many animals. Their head is large, and the snout is short but strengthened by the pre-nasal bone. In addition, their uniquely shaped snout has a cartilaginous disk at the tip. Together with all those features, their snout becomes very useful for them, and they can use it to unearth their food, to sense the smell of food, and sometimes even to attack their threats. They have 44 teeth with two large canines forming the tusks, which are greatly useful for them to dig the ground.

Usually, the domesticated pigs have a high value as meat including in preparations of pork, ham, bacon, and gammon. The domesticated pigs are usually massive in size and mainly pink in color, but some are brown or black or with white mixed colourations. The fur coat is less in domesticated pigs. Some pigs, especially the pot-bellied pigs, are kept as pets too.

Hog is one of the common names used to refer the domestic pig, Sus scrofa domesticus. The ancestors of the domesticated pigs are the wild boars, but some scientists consider hogs as a separate species. The history of their domestication dates back to 13,000 BC with the civilisation of humans around the Tigris river basin. There are many breeds of hogs in different places of the world today, mostly raised for meat and sometimes as pets. Additionally, there are feral populations of hogs in New Zealand and Australia. Interestingly, hogs could be easily trained as they are intelligent animals.

Hogs are usually pink in color with a sparse distribution of fur except in certain woolly boar crossbreeds. The fat layer beneath the skin is very thick because they do not get to exercise their bodies as much as their wild relatives. There are many ways of processing hogs for human consumption as a protein source including pork, ham, sausage, bacon, and gammon. Since they have a great value as a protein source, the size of the animal would really matter for the pig farmers. The usual weight of a hog could be around 300 kilograms in many breeds.

• Pig is any species of the Genus Sus, whereas hog is a domesticated subspecies of one of the species of pigs.

• The name pig is more commonly used than the name hog.

• Pigs are found in the wild, but hogs are never wild except for some feral populations in New Zealand and Australia.

• Hogs have a thicker fat layer beneath the skin compared to wild pig species.

• Pigs are of many colours, but hogs are always pink in color.

Difference Between Boar and Pig 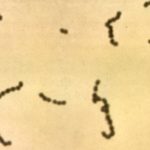 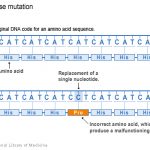