Vacuoles are compartments in cells that are filled with water. They also may contain inorganic and organic molecules. Multiple membrane vesicles fuse and give rise to vacuoles. There is no specific shape to a vacuole. It varies according to the requirement of the cell. According to the type of cell the functions that are being performed by the vacuole varies. Vacuoles can isolate materials that might be harmful to the cell. Vacuoles contain waste products. They contain water in plant cells. They maintain turgor within the cells. They also help to maintain an acidic pH. Vacuoles aid in the lysis and recycling of mis-folded proteins in the cell. In protists vacuoles store food.

One large central vacuole is present in most of the mature plant cells. The vacuole normally occupies a very large percentage of the volume of the cell. Strands of cytoplasm may run through the vacuole. A membrane called the tonoplast surrounds the vacuole. The tonoplast separates the vacuolar contents from the cytoplasm. Tonoplast mainly involves in regulation of the movement of ions around the cell. When protons are transported from the cytoplasm to the vacuole, the cytoplasmic pH stabilizes. Therefore, the inside of the vacuole becomes more acidic. The proton motive force created as a result of this is useful to the cell in order transport nutrients across the vacuole. The acidic environment inside the vacuole facilitates the action of the degradative enzymes. The number and the size of the vacuoles may vary according to the different developmental stages of the cell. One of the best examples is that the number and the size of the vacuoles of the vascular cambium vary during winter and summer. During the winter, the cell may contain a large number of small vacuoles and, during summer the cell contains only one large vacuole. In addition to storage function, one major function performed by the vacuole is maintaining turgor pressure. Proteins that contribute largely to this are the aquaporins. By active transport, they regulate the flow of water to and from the vacuole. If water diffuses into the vacuole the cell becomes turgid. In contrast, if the vacuole loses water the cell shrinks and becomes plasmolysed. Turgor pressure is very important in order to support the cell.

Animal vacuoles are usually smaller but present in large numbers. Some animal cells do not have vacuoles at all. During exocytosis, vacuoles act as storage vesicles, which allow containment, transport and disposal of some proteins and lipids. Phagocytosis is a type of endocytosis. This is a process which can engulf foreign particles such as bacteria. When the membrane of the cell invaginates to engulf the bacteria a vacuole is formed. Lysosomes fuse with these vacuoles and release lysozymes which destruct the foreign particle. 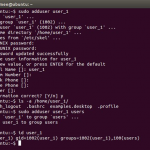 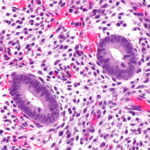