CONTENTS
1. Overview and Key Difference
2. What is a Plasmid
3. What is an Episome
4. Side by Side Comparison – Plasmid vs Episome
5. Summary

Plasmid is a small circular double stranded DNA. Bacteria contain plasmids as their extra chromosomal material. Plasmids are capable of self-replication without linking with chromosomes. They carry genes or the information which are necessary for its own replication and maintenance. Hence they are considered as independent DNA.

Plasmids are very small in size. They exist as closed circles inside the bacteria. Plasmids contain essential genes of bacteria. These genes encode special traits which are beneficial to bacteria such as antibiotic resistance, degradation of macromolecules, heavy metal tolerance and production of bacteriocins.

Plasmids have immense use in Molecular biology as vectors. The double stranded nature of the DNA, antibiotic resistance genes, self-replicating ability and special restriction sites are the important characteristics which made plasmids more suitable as vector molecules in recombinant DNA technology. Plasmids are also easy to isolate and transform into host bacteria. 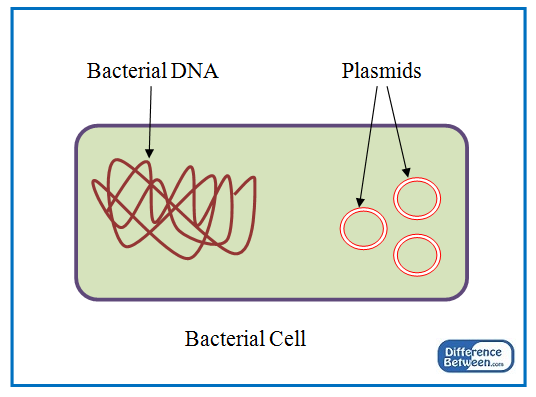 What is an Episome?

Episome is an extrachromosomal piece of genetic material which can exist as an independent DNA for some time and an integrated form into genomic DNA of the organism some other time. Episomes are considered as non-essential genetic elements. They are mostly originated outside the host in a virus or in another bacterium. They can enter the host organism and exist as extrachromosomal DNA and later integrate with genomic DNA and replicate. If they exist as non-integrated units, they are subject to destruction by the host cell. If integrated, new copies of the episomes will be produced and passed into daughter cells too.

Episomes can be distinguished from plasmids due to their larger size. Some examples include insertion sequences, F factor of bacteria, and certain viruses. 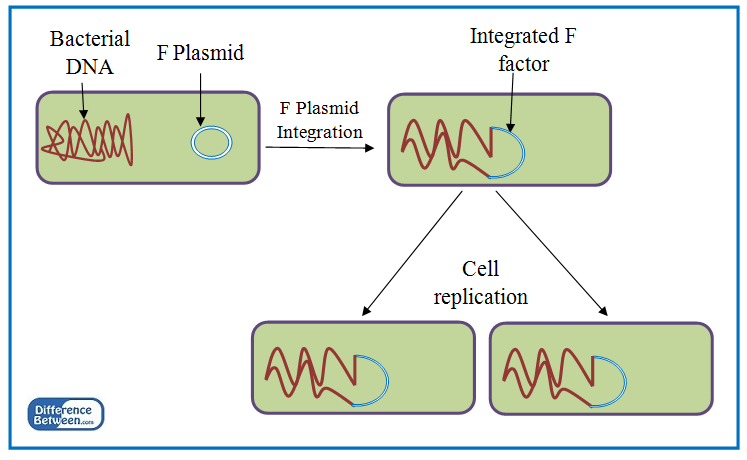 What is the difference between Plasmid and Episome?

Episome and plasmid serve as extrachromosomal DNA of bacteria. Plasmids are self-replicating small circular DNA molecules which possess special traits such as antibiotic resistance etc. Plasmids are used as vectors in recombinant DNA technology. Plasmids cannot integrate into bacterial chromosome. Episome is another type of extrachromosomal DNA of bacteria. They are able to integrate into bacterial chromosomes and pass into daughter cells during replication. They are larger than plasmids contain more base pairs. This is the difference between plasmids and episomes. 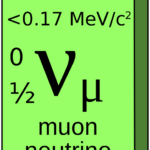