Polymers are large molecules, and have the same structural unit repeating over and over. The repeating units are called monomers. These monomers are bonded to each other with covalent bonds to form a polymer. They have a high molecular weight and consist over 10,000 atoms. In the synthesis process, which is known as polymerization, longer polymer chains are obtained. There are two main types of polymers depending on their synthesis methods. If the monomers have double bonds between carbons, polymers can be synthesized from addition reactions. These polymers are known as addition polymers. In some of the polymerization reactions, when two monomers are joined, a small molecule like water is removed. Such polymers are condensation polymers. Polymers have very different physical and chemical properties than their monomer. Moreover, according to the number of repeating units in the polymer, its properties differ. There are a large number of polymers present in the natural environment, and they play very important roles. Synthetic polymers are also used widely for different purposes. Polyethylene, polypropylene, PVC, nylon, and Bakelite are some of the synthetic polymers. When producing synthetic polymers, the process should be highly controlled to get the desired product always.

Polyesters are polymers with the ester functional group. Since there are many esters, it is known as polyester. There are natural polyesters and synthetic polyesters. There are several types of polyesters, depending on the composition of the main chain. They are aliphatic, semi aromatic and aromatic polyesters. Polylactic acid and polyglycolide acid are examples for aliphatic polyesters. Polyethylene terephthalate and polybutylene terephthalate are semi aromatic polyesters, whereas vectran is aromatic polyester. Synthesis of polyester is done by a polycondensation reaction. A diol with a diacid reacts to produce an ester linkage and this polymerization continues till the desired polyester is synthesized. Polyesters are widely produced and have a large market after polyethylene and polypropylene. Polyesters are thermoplastics, so heat may change their shape. Further they can be thermoset, as well. When exposed to higher temperatures, they are combustible. Polyester is used to produce fabrics. These fabrics are used to make clothes like pants, shirts and jackets. Further they are used to make home furnishings like bed sheets, blankets, etc. Polyester fibers are also used to make bottles, filters, insulating tapes, etc. Natural polyesters are biodegradable, so they can be recycled. They have really good mechanical and chemical properties, which allow them to be used for many purposes as mentioned above. Another advantage of polyester is their low toxicity.

Polyamide is a polymer with amide groups. Monomer should have an amine group and a carboxylic group at both ends to make a polyamide. When the amine group of one molecule reacts with the carboxylic group of another molecule, a water molecule is released, and a peptide bond is formed. There are natural and artificial polyamides. Proteins are natural and very vital polyamide polymer found in biological systems. Nylon is a synthetic polymer, and it was the first successful synthetic polymer. Also, it is one of the most widely used polymers. Polyamides are used for textiles, automobiles and sportswear. 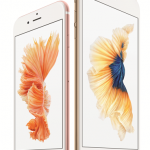 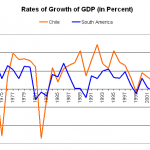