Many of us dread economics as it contains phrases and terminology that look outlandish to most common people. However, economics is an important subject and is meant for the common good of the people, and not just a field of discussion between experts as it has practical applications also. Difference between positive economics and normative economics is one thing that confuses many and this article intends to clarify the two concepts to make an easier understanding for everyone.

For a layman, a positive statement is factual without any approval or disapproval. It merely states facts and gives out information about state of affairs in an economy. On the other hand, a normative statement is judgmental as it tries to summarize the situation by analyzing and saying whether the situation is desirable or undesirable.

Very early, economists found that this distinction between positive and normative economics was useful as people found it more useful for them if there was an analysis of facts to convey some message to them. The need for normative economics was strongly felt in countries where policy makers adopted measure that brought hardships for people and this form of economics did a world of good as they could know if the state of affairs was for their betterment or not.

In any society, there are people and groups with different views and aspirations and it is hard to satisfy all groups and people with a set of economic policies. In such a scenario, it is useful to have positive as well as normative economics to not only get all the relevant information about the state of economy and the steps taken by the government in this direction. At the same time, views from normative economics add a whole new dimension to this information by being judgmental and showing their approval or disapproval of the economic policies.

In a sense, normative economics talks about ideal situations and focuses on what the economy of a country should be like. It makes recommendations to this effect by judging present policies and making suggestions on the basis of analysis of facts and information. This information is useful for the policy makers as well as they can make amends if proved wrong and can also change the direction of the economy by introducing changes as suggested by normative economics.

In the present scenario, it is natural that economists would prefer to have a wider role than merely being collectors and presenters of data. However, in their zeal, economists should not forget their primary objective which is to present the facts and information in an unbiased and neutral manner to the public.

In the end it is prudent to remember that even economists have political leanings and thus it is better to study both positive as well as normative economics to have a balanced and unbiased view. 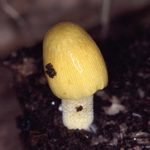