Estrogen is one of the female sex hormones that regulates development of the female reproductive system and secondary sexual characteristics. It is a steroid hormone. The ovary is the main site of estrogen secretion. There are three naturally occurring major types of estrogen. Among them, estradiol is one type. Estrogen production declines with the women’s’ age, especially at the menopause. Hence, during the menopausal hormone therapy, estrogen prescribes as a medication. Furthermore, it is used in birth control procedures as well.

1. Overview and Key Difference
2. What is Premarin
3. What is Estradiol
4. Similarities Between Premarin and Estradiol
5. Side by Side Comparison – Premarin vs Estradiol in Tabular Form
6. Summary

Premarin is the brand name of a drug that contains estrogen hormone. It is a type of conjugated estrogen. Hence it consists of a mixture of several types of estrogens. In simple words, premarin is an important medical formulation. It has several uses in different situations. In menopausal hormone therapy, premarin is one of the commonly used drugs. It reduces menopause symptoms such as hot flashes and vaginal changes. Furthermore, it prevents osteoporosis in menopausal women. Apart from that, premarin provides comfort to patients who suffer from serious forms of breast cancer or prostate cancer. And also, premarin serves a good relief in abnormal uterine bleeding conditions. Doctors prescribe premarin for women who have natural estrogen production abnormalities due to ovarian failure.

Estradiol is one type of estrogen hormone. It is a natural hormone which produces prominently during the reproductive years. Estrogen production decreases with age, and it declines rapidly at the menopause. This hormone is the chief female sex hormone that controls many of the female activities. 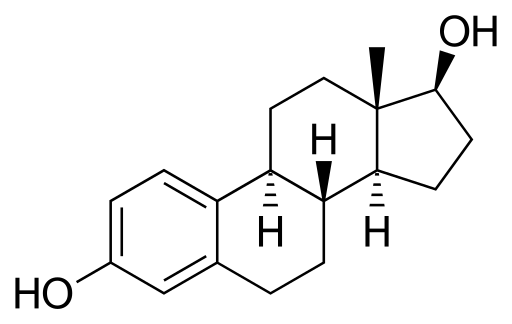 When the production reduces, estradiol is prescribed as a medical formulation. It relieves the symptoms of menopause such as hot flashes, osteoporosis, vaginal dryness and vaginal burning, etc. Further, estradiol can provide comfort during the breast cancer and prostate cancer. Using an E2 test, estradiol level can be determined in the blood.

What are the Similarities Between Premarin and Estradiol?

What is the Difference Between Premarin and Estradiol? 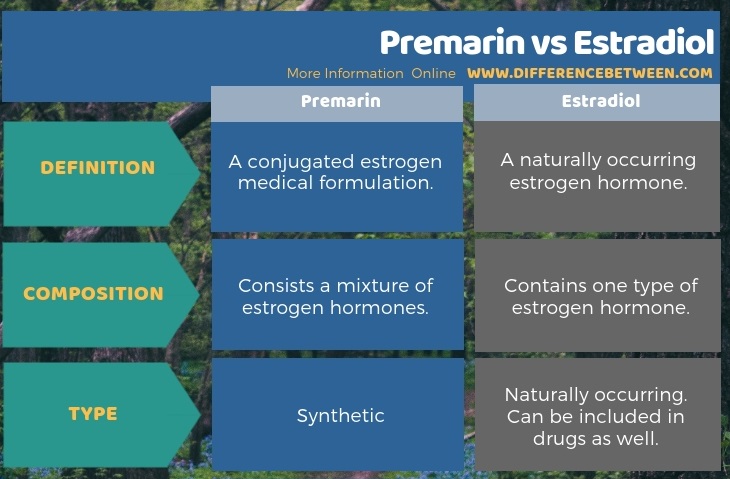 Estradiol is a naturally occurring estrogen hormone while Premarin is a drug that consists of a mixture of estrogen. Estrogen is also including in medical formulations to reduce menopausal symptoms similar to Premarin. Furthermore, preparing and estradiol use in the treatments of breast cancer and prostate cancers which are hormone-sensitive cancers. Both these drugs can cause side effects. This is the difference between preparing and estradiol.

Difference Between HPLC and HPTLC

Difference Between Testosterone Cypionate and Enanthate

Difference Between Fluconazole and Itraconazole 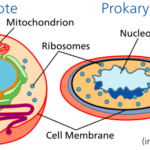