The simple heuristic application of the concept of probability is given a solid mathematical foundation by introducing axiomatic definitions. In this sense, probability is the study of the random phenomena, where it is centralized in the random variables, stochastic processes, and events.

In probability, a prediction is made based on a general model, which satisfies all aspects of the problem. This enables to quantify the uncertainty and the likelihood of occurrence of events in the scenario. Probability distribution functions are used to describe the probability of all possible events in the considered problem.

Another investigation in probability is the causality of events. Bayesian probability describes the likelihood of prior events based on the probability of the events caused by the events. This form is useful in artificial intelligence, especially in machine learning techniques.

Statistics is considered as a branch of mathematics and a mathematical body with a scientific background. Because of the empirical nature of basics and its application oriented usage, it is not categorized as a pure mathematical subject.

Descriptive statistics summarizes the data while inferential statistics is used to make forecasts and prediction, in general, about the population, from which the random sample was selected.

What is the difference between Probability and Statistics?

• Probability and statistics can be considered two opposite processes, or rather two inverse processes.

• Using probability theory, the randomness or uncertainty of a system is measured by means of its random variables. As a result of the comprehensive model developed, the behaviour of the individual elements can be predicted. But in statistics, a small number of observations is used to predict the behaviour of a larger set whereas, in probability, limited observations are selected at random from the population (the larger set).

Difference Between Variance and Standard Deviation

Difference Between Mean and Expectation

Difference Between Sample and Population 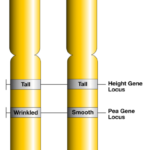 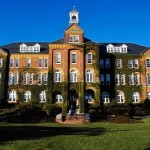 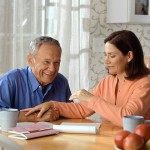