Home / Technology / IT / Programming / Difference Between Procedures and Functions in Programming

Procedures vs Functions in Programming

Procedures and Functions in programming, allow programmers to group instructions together in a single block and it can be called from various places within the program. The code becomes easier to understand and more compact. By performing the modifications in a single place, the whole code will get affected. With the help of functions and procedures; a linear and long code can be divided into independent sections. They provide more flexibility to the coding of various programming languages and databases.

Functions are capable of accepting parameters which are also known as arguments. They carry out the tasks according to these arguments or parameters and return values of given types. We can explain it better with the help of an example: A function accepts a string as a parameter and returns the first entry or record from a database. It takes into account the content for a specific field that begins with such characters.

The syntax of function is as follows:

Procedures can accept the parameters or arguments and they carry out tasks as per these parameters. If a procedure accepts a string as a parameter and it gives out a list with records in database for which content of a specific field begin with such characters.

The syntax of procedures is as follows:

On the other hand, if the parameters are passed by references; the actual value of this parameter will be changed wherever it is called within the code as per the instructions. 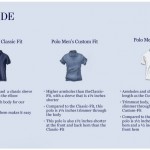 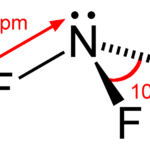