Whereas propane is a three carbon alkane containing three carbon atoms and eight hydrogen atoms, butane is a four carbon alkane containing four carbon atoms and ten hydrogen atoms. Both propane and butane can be obtained either in the form of oil or natural gas as a byproduct of petroleum. For the purpose of transportation, they are converted into liquids by compressing them and filled into gas cylinders or distributed through gas pipelines. They are both combustible, and release water and carbon dioxide upon combustion. However, when there is lack of oxygen both propane and butane burn producing soot and carbon dioxide.

Though butane is less commonly used than propane, it is nevertheless a very useful fuel gas. It is used in camping stoves, cigarette lighters, and also as a fuel in aerosols. Butane is cheaper than propane and is also more energy efficient as it produces more energy per unit of fuel upon combustion. Still it is less commonly used as it is difficult to make tanks that can contain this gas. Since butane is 12% lighter than propane, it is ideal for backpackers as they have to carry lesser weight on their backs.

Propane however, scores over butane when it comes to be used in harsh climates as it has lower boiling point. It can be stored at a higher pressure and burns easily at freezing temperatures. 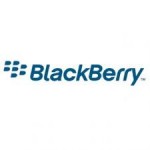