Every organism in the world has its own biological characteristics, and they are not exactly alike. Even two organisms belonging to one species may have different characteristic features. Since there are a large number of different organisms exist on earth, they can be classified into smaller groups, and this makes easier to study and remember the organisms. All the organisms exist in the world have been classified into six Kingdoms; namely, Bacteria, Archaea, Protista, Plantae, Fungi, and Animalia. Protozoa and metazoa are two subgroups under Kingdom Protista and Kingdom Animalia respectively.  In the early classifications, the unicellular protozoans were considered as simple animals. However, now they are put into diverse and large Kingdom Protista.

Protozoans were considered as simple animals, though they are now classified under Kingdom Protista. Protozoans live either singly or in colonies. They are considered as unicellular organisms. Therefore, they do not contain any tissue or organs, which are defined as a collection of differentiated cells with a definite function. However, they do have organelles in their cells, which are functionally equivalent to organs or tissues in multicellular metazoans. These organelles show great functional differentiations for the purposes of food intake, locomotion, sensory reception, response, protection etc.

Protozoans are usually microscopic and show an extraordinary diversity in shape, structure, symmetry and adaptations to numerous environments. Protozoans are considered as the protoplasmic level of organization. Protozoans can be classified into several subgroups mainly based on their morphology, namely; Flagelletes, Amoeboids, Sporozoans, and Ciliates.  However, their classification has been a problematic area of taxonomy. Some examples for protozoa include; Entamoeba sp, Plasmodium sp, Paramecium sp, etc.

Metazoa includes all the multicellular animals of Kingdom Animalia. The metazoans have organized group of cells, which are defined as tissues or organs systems. These animals show much higher differentiation and specialization of their parts and also higher complexity of morphology than the protozoans. All the metazoans are visible by the naked eye except a very few, which include Daphnia and Cyclops, which are microscopic. Metazoans can be further divided into two major subgroups; (1) Invertebrates; those who lack backbone and internal skeleton such as earthworms, insects, snails etc., and (2) vertebrates, which include animals with backbone and internal skeleton such as amphibians, reptiles, birds and mammals.

What is the difference between Protozoa and Metazoa?

• It is believed that protozoans have evolved before metazoans.

• Protozoans have organelles, which are functionally equivalent to tissues or organ systems in metazoans.

• The tissues and organ systems are made up of a large number of cells in metazoans. Organelles are located inside the cell of protozoans.

• Metazoans are larger than protozoans.

1. Difference Between Protozoa and Bacteria

2. Difference Between Protists and Bacteria

3. Difference Between Algae and Protozoa

4. Difference Between Bryophytes and Pterophytes

5. Difference Between Bacteria and Eukaryotes

Difference Between Protozoa and Bacteria

Difference Between Red and Green Lentils 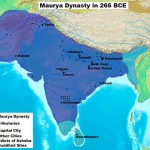