Difference between psychoanalysis and behaviorism is a topic worth studying for every psychology student. Psychology being a discipline that studies the behavior and mental processes of human beings uses a number of approaches to comprehend the diverse behavioral patterns and thoughts of individuals. For this purpose, different schools of thought assist psychologists to approach this discipline through different perspectives. Behaviorism and psychoanalysis are two such schools of thought. Behaviorists give prominence to the external behavior of individuals and believe that behavior is a response to external stimuli. On the other hand, psychoanalysis emphasizes the centrality of the human mind. They believe that the unconscious has the potential to motivate behavior. This is the major distinction between the two approaches. This article attempts to provide a broader understanding of these two schools while emphasizing the differences.

Behaviorism originated with the intention of highlighting the significance of studying the external behavior of individuals rather than concentrating on the unobservable human mind. They rejected the mentalistic concepts of psychoanalysis such as the unconsciousness. Emerging as a school of thought in the 1920s, this was pioneered by John B. Watson, Ivan Pavolv and B.F Skinner. Behaviorists emphasize that the behavior is a response to the external stimuli. Behaviorism is based on the main assumptions of determinism, experimentalism, optimism, anti-mentalism and the idea of nurture against nature.

As this school of thought necessitates a higher degree of empiricism, the usage of experiments in laboratory settings with animals such as dogs, rats and pigeons was visible. Behaviorism comprises a number of theories of which the theory of classical conditioning by Pavlov and Operant conditioning by Skinner are of significance. Both theories emphasize different forms of associative learning. The theory of Classical conditioning by Ivan Pavlov forms associations between stimuli. It involves behavior that occurs as an automatic response to stimuli. Operant conditioning, on the other hand, involves the associations of organisms to their own actions with consequences. Actions followed by reinforcement increase while those followed by punishments decrease. This gives an overall picture of behaviorism where they believe that the behavior is learnt and is a reaction to the external factors.

When speaking of the personality, Freudian conception was made of the three components, namely, id, ego and superego. He believed that the behavior is governed by the interplay of these three. Id is the most primitive and the least accessible part of the personality. Id seeks immediate gratification and operates on the pleasure principle. Ego serves as a mediator between the id and the circumstances of the external world to facilitate their interaction. It holds the id’s pleasure seeking demands until an appropriate object can be found to satisfy th e need and reduce the tension. Ego works on the reality principle. Super-ego attempts to inhibit id satisfaction completely whereas ego only postpones. Super-ego works on the morality principle.

Psychoanalysis also spoke about the development of the human development. This is presented through psycho-sexual stages. They are as follows.

Psychoanalysis also paid attention to defense mechanisms, which are distortions created by the ego to protect the individual in a healthy manner. Some defense mechanisms are denial, identification, projection, sublimation, repression, etc. These relieve the excess energy. These highlights that psychoanalysis is a completely different approach to behaviorism.

What is the difference between Psychoanalysis and Behaviorism?

• Behaviorism is a school of thought that emphasizes the significance of behavior over the mind.

• Behaviorists believe that the behavior is learnt and is a response to external stimuli.

• Behaviorists engaged in laboratory experiments extensively to form theories such as classical and operant conditioning.

• Psychoanalysis, on the other hand, emphasizes the importance of the human mind, especially the role of the unconscious.

• The significance given to experiments in a laboratory setting is minimal.

• In this sense, these two schools of thought are wide apart as behaviorists reject the mentalistic image of psychoanalysis, and psychoanalysis favours the studying of the human mind as the way of understanding the individual.

Difference Between Marxism and Neo-Marxism 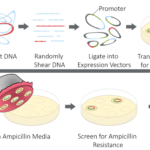