If you have a small kid at home and you want to enroll in school for education, you obviously want the best for him. Until recently, parents had the only options to either send their child to one of the thousands of public schools in the country or enroll in a private school, in their area. Nearly two decades ago, a new initiative was made by educationists, parents, and teachers to start a new type of schools called the Charter schools. There are many who feel that these charter schools are much better than public schools though the fact remains that out of the total students, nearly 90% still go to public schools for their studies from Kindergarten to class 12. This article attempts to find out the differences between public schools and charter schools to help the readers in this regard.

The name public says it all. These schools are dependent upon state and financial aid to survive. These schools also receive a huge amount of local aid. In return for this aid, these schools are required to admit all kids living in their district who are desirous of education in their school. There are close to a hundred thousand public schools in the US. Public schools have traditionally been the mainstay of the education system for a long, long period.

Charter schools are founded by parents, teachers and leading community members as an alternative to public schools. The first charter school was opened in Minnesota in 1992, and today there are nearly 4000 such school in different states and nearly a million kids are getting education in these schools. As these schools are less in number, sometimes a lottery system is resorted to when the number of applying students is higher than the number of seats available.

Difference Between TOEFL and IELTS

Difference Between Montessori and Waldorf

Difference Between Scholarship and Bursary

Difference Between Questionnaire and Survey 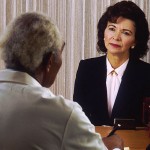 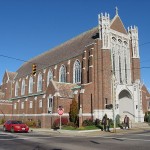