1. Overview and Key Difference
2. What is PVC
3. What is PTMT
4. Side by Side Comparison – PVC vs PTMT in Tabular Form
5. Summary

PVC is the term for polyvinyl chloride. It is a thermoplastic polymer made of chloroethene monomers. This polymer material is a very common polymer material, along with polyethene and polypropylene. PVC polymer can be classified into two groups as a rigid form and flexible form. Among them, the rigid PVC material is important in construction needs, whereas the flexible PVC form is useful for wiring and cables. 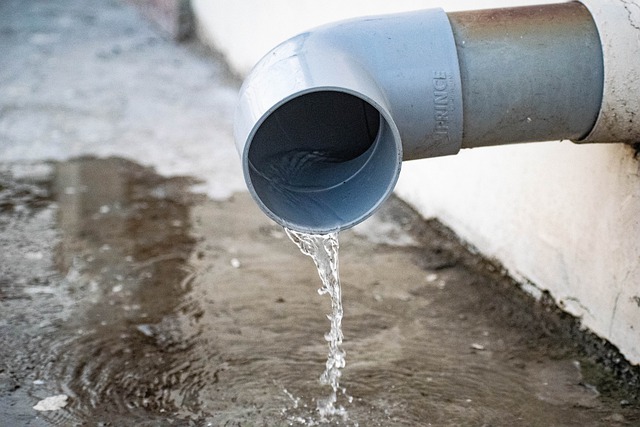 When considering the production of PVC, there are three major steps. The first step includes the conversion of ethane into 1,2-dichloroethane, which is performed via chlorination. The next step of PVC production is cracking 1,2-dichloroethane into chloroethene, along with the elimination of an HCl molecule. The final step of PVC production is the polymerization process of chloroethene in order to produce PVC material via free radical polymerization.

There are several notable properties of PVC material, including high hardness, beneficial machinery properties, poor heat stability, good flame retardancy, high electrical insulation, and chemical resistance. Moreover, there are many benefits to using PVC. For example, it is readily available in the market, and it’s a cheap material with good tensile strength. This material is also resistant to chemicals such as acids and bases.

The term PTMT stands for polytrimethylene terephthalate. It is a polyester material that was synthesized and patented in 1941. The method of production is condensation polymerization. The monomers that make up the structure of PTMT are 1,3-propanediol and terephthalic acid. The chemical formula for this substance can be given as (C11H10O4)n.

Similar to the major use of polyethylene terephthalate, this material is also used in manufacturing carpet fibers. The value of this material is enhanced in commercial scale due to more economical and efficient methods of producing 1,3-propanediol. This development has allowed this polymer to effectively compete with other similar polymers such as PBT and PET, which are two polyester materials.

What is the Difference Between PVC and PTMT?

PVC and PTMT are polymer materials. PVC stands for polyvinyl chloride whilePTMT stands for polytrimethylene terephthalate. The key difference between PVC and PTMT is that PVC is produced mainly via free radical polymerization whereas PTMT is produced via condensation polymerization. Moreover, when considering the monomers used for these polymerization processes, the monomer for PVC is chloroethane while monomers for PTMT production are 1,3-propanediol and terephthalic acid.

Below infographic summarizes the difference between PVC and PTMT in tabular form. 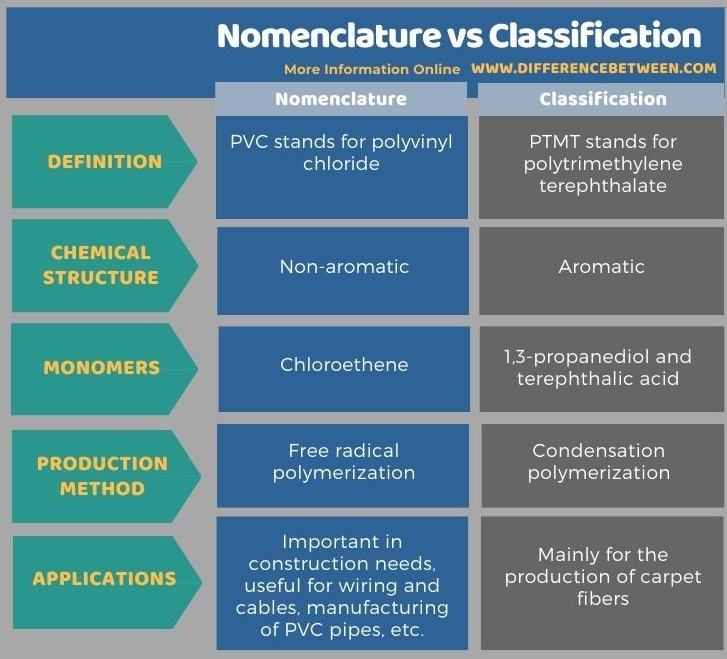 Difference Between Polystyrene and Styrofoam

Difference Between Block and Graft Copolymer

Difference Between Polyurethane and Polycarbonate

Difference Between Aramid and Carbon Fiber

Difference Between Dacron and Polyester 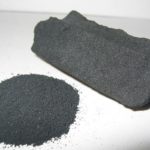 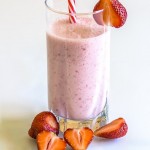