Dubai is a city within the emirate that has the same name while Qatar is an independent state in West Asia. There are 7 emirates that make up the United Arab Emirates, and Dubai is one of them. Dubai city has grown in an exponential manner and is no less beautiful and wealthy than any city in the western world. Qatar is also developing at a fast pace because of the reserves of petroleum in the country. UAE and Qatar are neighbors in the Persian Gulf, and the distance between the capital city of Doha and that of Dubai is merely 7 hours’ drive. There are both similarities as well as differences between Qatar and Dubai. This article aims to highlight the differences between Qatar and Dubai.

Though Dubai is one of the 7 emirates that make up UAE, it is the city inside the emirate called Dubai that is today one of the most developed cities of the world. Though the economy of the city was once based upon its oil sources, the development model of the city has been such that its economy now revolves around tourism and financial services that it is able to provide through the companies that have set up their offices inside the city. A lot of construction has gone on inside Dubai in the last few decades, and it is today the most expensive city in the entire Middle East. Burj Khalifa, the tallest building in the world lies in Dubai, and its skyline is covered with skyscrapers and high rise buildings.

Qatar lies in the Persian Gulf and has land borders with both UAE as well as Saudi Arabia. Doha is the capital of Qatar it was a British protectorate and gained independence as late as 1971. It was one of the poorest Arabian states at one point of time, but now it has become one of the wealthiest because of enormous oil and natural gas reserves. Qatar has close economic and military ties with the US and is today a country with the highest GDP in the world.

• Dubai is a city, whereas Qatar is an independent nation.

• Dubai is a leading tourist destination of the world while Qatar is wealthy because of its oil and natural gas reserves.

• Qatar was a closed country till 1995 when power was seized by Sheikh Hamad bin Khalifa from his father. It is trying to copy the development model of Dubai.

• Dubai has a westernized outlook whereas Qatar is traditional and conservative in many ways.

• Qatar is trying to modernize, but without the mistakes that Dubai made in its transition.

Difference Between Abu Dhabi and Dubai 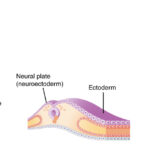