Radio edition, as what its name implies, is the version of the song that is played over the radio. Nowadays, songs are released with a music video and radio edition are usually shorter than the music video versions since there are parts that becomes unnecessary if one cannot see it. Also, something one could notice in a radio version is the omission of certain words, especially bad words.

Normal edition of songs are the original ones. Nothing is edited out; thus one can hear the entire message or story the composer and the singer wants to convey. This is usually longer than the radio edition. In today’s music, one cannot deny the massive use of bad languages, languages that some may feel too brutal and harsh to be heard by younger individuals such as children and adolescents.

Difference between Radio Edition and Normal Edition in Music

These versions of music are both used today. Radio editions are created to sift what the listening public could hear. Music is a good teacher and people can learn a lot from what they can here; especially the little kids. Thus radio edition omits and edits out those words that young kids should not hear; although these words can be heard on the normal versions. Words often edited out are those that are cursing and too much of a slang. Radio editions are usually cut; thus normal editions can be longer. With normal editions, the listener can better understand the song.

It is always one’s choice of whether which one to listen because everyone has different opinions on things. 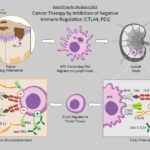