Between Nabi and Rasool, two of the important positions for men of eminence in Islam, the main difference is in the rank each one holds. Nabi and Rasoolare messengers or prophets  from Allah, the God. There are subtle differences between a Nabi and a Rasool, and the terms cannot be used interchangeably. This article intends to highlight those differences between a Nabi and a Rasool. In order to do so, we will be first learning more about Rasool and Nabi before going into the comparison to identify the difference between them. The most important fact to remember is that both are very important positions in the religion of Islam.

The holy book of Muslims, the Quran talks about two different kinds of messengers, the Nabis and the Rasools. Some of the messengers were only Nabi while some others were both Nabi as well as Rasool.

Who is a Nabi?

A Nabi is also a messenger of Allah, but he carries the Sharia of the earlier Rasool. Thus, every messenger is a Nabi though not all Nabis are Rasools. In other words, we can say that every messenger or every prophet is born as a Nabi. However, not all can reach the rank of Rasool.

A Nabi receives messages of Allah from the angels too, but Nabi does not interact with them when awake, and the angels deliver the message of Allah Tala when he is in his sleep. When it comes to the number of Nabis, there have been a huge number of Nabis in the world. It is said that 124,000 Nabis are mentioned in the Quran. 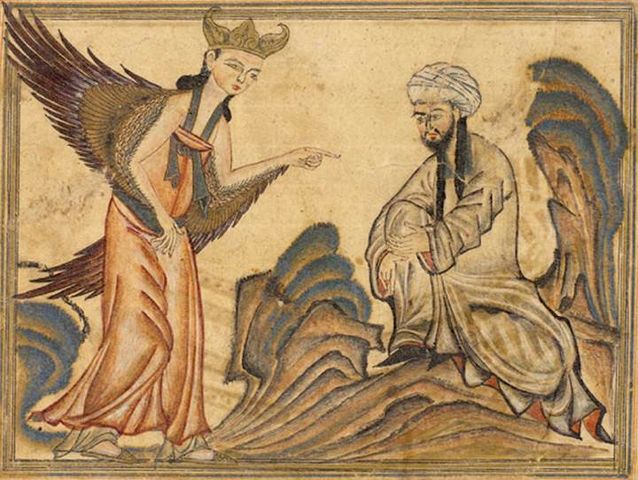 Who is a Rasool?

Rasool is believed to be a messenger sent by Allah who carried a new Sharia (or code of law) for the people. A prophet is a born Nabi though he becomes a Rasool (apostle) only when he receives the post officially. Thus, we have the example of Prophet Muhammad who was a born Nabi but became a Rasool at the age of 40 when he got the message of Allah and delivered it to masses.

There are differences in the manner or ways in which Rasool and Nabi receive messages from Allah. For example, a Rasool receives messages from either vision during sleep or by communicating with angels when he is awake, as angels deliver the message of Allah to him.

There have been five Rasools in Islam beginning with Hazrat Nooh, Hazrat Ibrahim, Hazrat Musa, Hazrat Isa, and finally Hazrat Muhammad. Each Rasool carried a new Sharia from Allah, and the last one from Hazrat Muhammad is believed to last till the last working-day of the world.

What is the difference between Rasool and Nabi?

Both Nabi and Rasool are messengers from God (Allah) though there are differences between the two.

• Rasool is a higher rank than Nabi.

• Each Rasool came with a new Sharia.

• A Nabi did not have a new Sharia, and he merely carried forward the Sharia of earlier Rasool.

• Rasool is believed to perform miracles, and he has a new divine book containing codes of law.

• Nabi is special and has specialties, but he is not as special as the Rasool.

• Rasool can see and communicate with angels both while asleep as well as he is awake.

• Nabi can only see angels when he is asleep.

• To become a Rasool a prophet has to receive the message from Allah and then deliver it.

• Every prophet is a Nabi by birth.

• Rasool is told to spread the news he gets from Allah.

As you can see, both Rasool and Nabi are important positions for men offered in the religion of Islam. Both ranks have ways to communicate with Allah. However, Rasool is more special than a Nabi. They are both given revelations by Allah.

Difference Between Islam and Bahai

Difference Between Sacred and Profane