Reportage and Literature are two words that are often confused due to the similarity in their meanings and connotations. Literature is a branch of knowledge that deals with a variety of creativity based arts such as poetry, novel writing, play-writing, short story writing and the like. Essay writing is also included under literature.

It is interesting to note that some of the letters written by the important persons, who lived in different centuries are construed as coming under literature. In other words, letters like that of Winston Churchill, Mahatma Gandhi, and  all do come under literature.

Reportage on the other hand, refers to the act or process of reporting news. It is related to something called news that is reported. Experts call reportage as a kind of writing intended to give an account of some observed or documented events.

On the other hand, literature deals with several aspects of writing including non-fiction and fiction. Hence, it can be said that reportage also comes under literature. Thus, reportage becomes the subset of literature.

The word ‘reportage’ is derived from the French verb ‘reporter’ meaning ‘to report’. This particular word is believed to have been used for the first time in the beginning of the 19th century.

Literature on the other hand, is taught at the university and the college levels. It is preferred as a major subject by the students for their undergraduate and post graduate courses. Reportage on the other hand, forms part of journalism or mass communication. A person who is supposed to be good at reporting news should be good in communication as well. It is thus, understood that reportage has more to do with communication than the learning of literature. These are the differences between reportage and literature.

Difference Between Report and Essay

Difference Between Fact and Fiction

Difference Between Reporter and Journalist 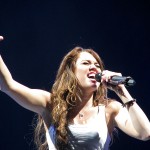