Difference between reporter and journalist is not so hard to understand once you realize that one is a sub-category of the other. When we see news on TV, we come across persons who present news, views, and opinions about an incident or an event. These people are referred to as reporters. But, if you happen to watch a current affairs program where there is a panel discussing an incident or any social issue, you will find that the main anchor introduces panelists as journalists and reporters. This can be confusing when people cannot make out the distinction between a reporter and a journalist. Often times, people use these terms interchangeably, which is a wrong practice. This article attempts to highlight the differences between a reporter and a journalist based upon their functions and roles in order to erase any confusion about these professions from the mind of the reader.

Journalism is a broader term that includes all those who are involved in this field whether as an editor, a reporter, anchor, photographers, page designers, graphic artists, and so on. Before the advent of electronic media, there was no difference between a journalist and a reporter as most of the functions that a reporter engages in today were performed by a journalist. Today, because of television, there has been a tendency to differentiate between a journalist who writes and gathers information in print media and a reporter who does all similar jobs but also appears on TV reporting the incidents.

Who is a Journalist?

People engaged in the field of journalism as an editor, a reporter, anchor, photographers, page designers, graphic artists, and so on are known as journalists. The work carried on by journalists is termed as journalism, and there are institutes conducting courses in journalism. There is another category of columnists who are also journalists that write informative pieces and their columns appear in newspapers regularly. Moreover, a journalist needs certain qualifications from the mass media institutes. Not anyone can become a journalist. A journalist is backed by education. 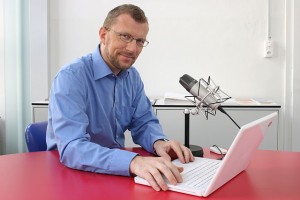 Who is a Reporter?

Reporters gather information about an item and writes or broadcast it via TV or radio. There are courses for journalism, but has anyone heard of an institute conducting courses in reporting? This is because reporting is a part, or a subset of journalism and not a separate entity. Reporters are thus a particular type of journalists who gather facts and information and also report it on TV and radio. 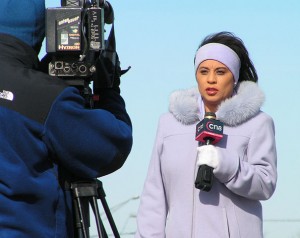 Another notable difference between a journalist and a reporter lies in their qualifications. Nowadays, anyone can become a reporter (in fact, these days the trend is to give such jobs to people who are attractive and can engage the audiences for a longer time). As you might have seen, even a normal person can be a reporter today if he or she has access to a video device and the internet.

What is the difference between Reporter and Journalist?

• Journalism is a broad area of study of which reporting is just a small part.

• A journalist gathers information, analyzes, and writes whereas a reporter presents all this in electronic media and print media.

• A reporter is the person who talks on TV and radio and needs a presentable personality whereas a journalist is often behind the scenes. 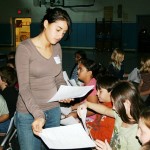