Though subtle, there is a difference between respondent and defendant; however, the terms ‘Defendant’ and ‘Respondent’ are often used interchangeably and sometimes mistakenly identified as synonyms. It is a fair mistake given that the definitions of respondent and defendant are very similar. In fact, the difference is so subtle that many of us tend to confuse the distinction and thereby understand them to mean one and the same thing. At the very outset, we are aware that a Defendant typically refers to a person who is being sued by another party, or in a criminal case, the person accused of committing a crime. How then do we identify a Respondent? This requires an explanation of both terms, particularly its use in the legal world.

Who is a Defendant?

A Defendant is usually the person against whom an action is filed. In other words, the Defendant is the person being sued for an alleged wrong or charge. A person becomes a Defendant when another party initiates or begins a court action against him/her. Typically, a Defendant seeks to prove his/her innocence by denying the charges stated by the other party, usually referred to as the Plaintiff. The Defendant typically responds to a complaint filed by the Plaintiff by way of an answer either accepting or denying the charges in the complaint or bringing a counter-charge against the Plaintiff. As mentioned above, in a criminal case, the Defendant is also the accused that means the person who is charged with committing the crime. There can be more than one Defendant and a Defendant can be either a person or legal entity such as a corporation, partnership or bank. 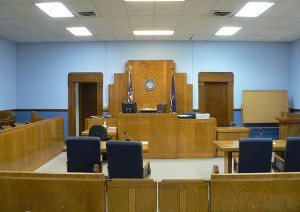 Who is a Respondent?

A Respondent informally refers to a Defendant or rather is in a similar position to a Defendant. This means that a Respondent is the person against whom a respective action is filed. However, there is a reason the term ‘Respondent’ is used. In fact, it is vital and compulsory to use the term ‘Respondent’ in the relevant court action. Think of a Respondent as someone against whom an appeal has been made or instituted. Simply put, after a judgment is delivered in an initial court case and the losing party is not happy or satisfied with the order, that party can appeal against the order to a higher court. In such an instance, the person appealing becomes the appellant and the person against whom the appeal is made becomes the Respondent. Thus, a Respondent, particularly in the case of an appeal, is the person who won the first case.

In other instances, a Respondent is also the person against whom a petition has been filed. A petition is typically instituted to obtain a court order or writ requiring the other party or Respondent, to either do something or cease from doing something. In such a case, the person filing the petition is usually referred to as a ‘petitioner’. While it is relatively easier to understand the term ‘Respondent’ as been similar to a Defendant, it is not the same. Keep in mind that a Respondent can be either the Plaintiff or Defendant from the previous case in the lower court, depending on who won the case.

What is the difference between Respondent and Defendant?

• A Defendant refers to a person who is being sued by another party for the first time.

• A Respondent refers to a person who responds to an appeal or petition filed against him/her.

• A person typically becomes a Defendant at the commencement of a legal action. Contrastingly, a person becomes a Respondent when the losing party from the initial case appeals against the decision of the lower court.

Difference Between Plaintiff and Defendant

Difference Between Sex Offender and Predator