Fixed assets such as machinery, tools, equipment are tangible long term assets that are not sold in the business, rather used in the production of goods and services. Fixed assets are recorded in the books at their cost price and are then frequently updated to show their true and fair market value. There are two methods in which this can be done; they are called revaluation and impairment. The following article takes a closer look at both these terms and outlines the subtle differences between the two.

Revaluation is a technique used in accounting and finance that helps determine the true and fair market value of a fixed asset. When a revaluation is done, the asset’s recorded value (historical cost value in the ledger) will be adjusted to the market value. The historical values recorded in the books are not accurate since the market value of the asset will fluctuate and may be higher or lower over time. A revaluation will be done to establish the most accurate accounting information regarding the asset’s value.

The revaluation must be done by an IFRS licensed accountant who will have to study markets carefully where such assets are sold in order to determine the accurate market value. Besides determining the true market value of a fixed asset, revaluation can be used to set funds aside for the replacement of the asset, to negotiate prices in a merger or acquisition, for taking loans my mortgaging fixed assets, for regulatory reasons, etc.

An asset can become impaired for a number of reasons, which include becoming obsolete, failing to meet regulatory standards, damages to the asset, changing market conditions, etc. Other company accounts such as a goodwill and accounts receivable can also become impaired. Firms are required to conduct regular tests on asset impairment (especially on goodwill) and any impairment then will be written off.

Impairment and revaluation are terms closely related to one another, with subtle differences. Revaluation and impairment both require the company to evaluate the assets for their true market value, and then take appropriate action in updating the accounting books. The major difference between the two is that a revaluation can be made upwards (to increase the value of the asset to market value) or downwards (to decrease the value). An impairment, on the other hand, only refers to one of the two; a fall in the market value which is then written down.

Difference Between Revaluation and Impairment

• Fixed assets are recorded in the books at their cost price and are then frequently updated to show their true and fair market value. There are two methods in which this can be done, called revaluation and impairment.

• Revaluation is a technique used in accounting and finance where an asset’s recorded value (historical cost value in the ledger) will be adjusted to the market value.

• An asset that loses its value and needs to be written down is referred to as an impaired asset.

Difference Between Securities and Stocks 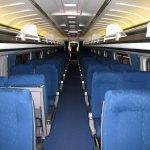 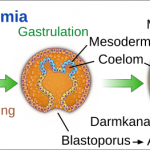