Both these interesting ratite birds play almost the same ecological niche, but in two different regions of the world. That explains their distribution is different from each other, but other distinctions are important and would be interesting to know. Body size would be a good start to differentiate them.

Rhea is a flightless bird and the only member the Order: Rheiformes, which is native to South America. There are two species known as Rhea americana (Greater rhea) and R. pennata (Lesser rhea) with collectively eight subspecies. They have a grey to brown plumage with long legs and a long neck. Length between base of the neck and tail is about 1.5 metres and their body weight averages around 40 kilograms. They spread their large wings while running, and they can speed up to 60 kilometres per hour. There are three toes on each foot of a rhea. Usually, they are silent birds, but can be dangerous if provoked. Rheas are omnivores and prefer fruits, roots, and seeds as well as small animals and dead animals. They are communal and their flocks get larger from about 10 to 100 members in each before breeding season. However, flocks break up mostly into couples or into small groups during mating season. Males are polygamous, keeping a couple of females to mate in a season. After mating, male builds the nest and all the females lay eggs on it. Then, males incubate eggs, and sometimes he uses another subordinate male to incubate the eggs.

Ostrich is one of the most discussed ratite birds, and it belongs to the genus Struthio. There are four subspecies of them known as Southern, Northern, Masai, and Somali ostriches varying according to their respective geographical range. All of them are ranging in Africa. Ostrich is the fastest ratite bird with a maximum speed up to 70 kilometres per hour. Additionally, they can maintain that speed for about 30 minutes, and they in fact are the fastest bipedal animal. They are enormous; the largest among all the birds, with an average body length of two to three metres and an average body weight over 100 kilograms. Males are black and females are gray to brown in colour. Male’s tail is white, while female’s tail is greyish. They have only two toes in each foot, which is an adaptation for fast running. Their females lay eggs in a one nest, and the ostrich egg is the largest of any bird. The matriarch of the flock mates with the most dominant male and lays her eggs in the centre of the nest, and other females surround those with their eggs. However, each of the dominant couple takes part in incubation of eggs.

Difference Between Cassowary and Emu 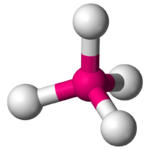