In a band with two or more guitarists, the most noticeable parts of the song are played by lead guitar while rhythm guitars support lead guitar by picking up the rhythm, tempo, and the chords of the song.

Guitar is one stringed musical instrument that is universally loved and played by music lovers all over the world. However, for students learning guitar, terms like lead guitar and rhythm guitar can be somewhat confusing as they do not see a difference between the guitars used by a lead guitarist and a rhythm guitarist. In a band, there is always a lead guitarist who plays the most noticeable sounds of guitar. There are also other guitar players who pick up the rhythm and play the lines along with him. This article takes a close look at lead guitar and rhythm guitar to come up with their differences.

If you love playing guitar and music is your passion, you can become a rhythm guitarist in a band. However, this requires you to have the ability to pick up the chords and rhythm and provide a feel that is just right for the vocalist to give his performance. To be able to pick up the timing is the most important skill that a rhythm guitarist must have. Rhythm guitar has to be in sync with the drummer and the bassist. Rhythm guitar is thus not an instrument per se but a role or a style of playing the instrument that completes the music a band produces. Without a rhythm guitarist, the overall quality of music goes down if the lead guitarist and the singer are of top quality. However, despite his importance, a lead guitarist pales in comparison with the importance accorded to the lead guitarist. Lead guitar is amped so as to be heard loudly and clearly by the audiences amidst the sounds of drums and rhythm guitars.

Lead guitar is a part of the guitar that plays the passages filled by the instrument, the melody lines, and the solos in a song. The sound of the lead guitar is what makes the song so appealing to the ears of the audience. In most bands where there are two guitarists, one plays the role of a lead guitarist while the other performs the role of a rhythm guitarist. Lead guitar lines are created by guitarists through scales, riffs, licks, modes etc. Guitarists in rock and roll, jazz, heavy metal etc. make use of many tricks to play lead guitar such as maximizing the speed of solo or picking up strings with many different devices or even teeth or feet. Loud volume is also a trick that is used to emphasize lead guitar for the audiences. More often than not, you remember lead guitar for the most pleasing note or sound in a song. Lead guitar is made to look special by employing many different techniques such as bends, slides, hammer-ons, trills, and arpeggios.

Difference Between Organ and Piano 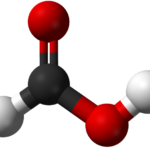 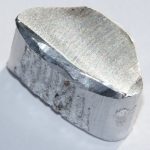