‘Spare ribs’ is a term that is used very often when talking about a variety of pork and beef ribs. ‘Spare ribs’ is a type of ribs so called as it was once roasted by soldiers on the tips of their spears. This article takes a closer look at spare ribs to come up with the differences it has with ribs. The entire ribcage of the animal is cut into different pieces that are differently labeled. These pieces are either grilled or smoked and are served with a sauce.

The ribcage of the animal is cut into several pieces, and the name of the cut is different depending upon the part of the rib cage from which it comes. There are differences in flavor and fat layers besides the usual differences of bones and the texture of the cut. Before dividing the rib cage into different parts, the inner surface is cleared of a layer that is made of connective tissues as this layer makes it difficult to cook the meat.

Spareribs, or spare ribs, are of course a cut from the rib cage of the pig. It comes from the bottom most part; that is the breastbone of the pig. It is adjacent to the belly of the animal. Do not confuse this cut with baby back ribs as they come from the top of the rib cage. There is a lot more meat at the bottom than at the top of the rib cage which is why spareribs are much more flavorful and juicy than baby back ribs. Spareribs are bony and flat in nature. Between the breastbone and the belly is a long section of a pig that contains 11 or 13 bones. These bones are all connected with flesh, and there is also meat on top of them.

• The ribs of a pig or the cattle are the most flavorful cuts that are obtained from the ribcage of the animal and eaten after cooking through grilling, barbecue, smoking etc.

• Spare ribs are not some spare ribs or extra ribs as many people think.

• Spare ribs are also called spareribs or side ribs.

• Spare ribs are a cut from the rib cage like baby back ribs though most people confuse between the two cuts.

• Spare ribs are obtained from the bottom most part of the rib cage towards the breast bone and the belly.

• Spare ribs are flatter and bonier than baby back ribs.

Difference Between Spare Ribs and Baby Back Ribs

Difference Between Red and Green Curry 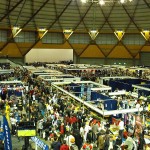 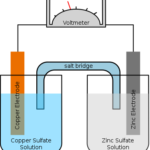