Rhyme and rime are words with the same pronunciation that confuses people to think that rime to be an alternate spelling of rhyme. There are similarities between rime and rhyme that go beyond their identical pronunciations. However, there are also differences that will be talked about in this article.

Rhyme is the practice of use of similar sounding word or words to make the text or poetry sweet and appealing to ears. The word is also used to refer to small poems that contain lines with repetition of similar sounding words at the ends of alternate lines. The small poems taught to kids in kindergarten and nursery classes not only contain rhymes, but also are called nursery rhymes.

Rime is a word that does mean rhyme, but it also has other meanings. For example, as a noun, it means an opaque coating of snow or ice over grass and trees. This opaque coating could be of mud or slime too. Rime is also a concept that divides words into onset and word families. For example, if the first letter of a word is a consonant such as in bear, the onset is the sound made by this consonant b while the rest of the word is called a family of words. In this case, the word family or the rime is -ear. If we take the example of dear, we have a word that has the same rime (-ear), and the two words bear and dear also rhyme. Now, if we take the example of care, we find that it still rhymes with bear or dear, but it does not rime with them. This is because the word families in the two words are different (-ear and -are).

Rime is a word that has been derived from old French rime that itself was derived from a Germanic word rim that meant sequence or series. Many linguists feel that rime has come from Latin rhythmus that is inspired by Greek rhythm.

What is the difference between Rime and Rhyme?

• Rhyme is the practice of using similar sounding words at the end of sentences though it is also used to refer to small poems that make use of this feature like nursery rhymes.

• Rime is a word that means an opaque coating of snow or ice over trees and grass. However, it is also a concept dividing words opening with consonants into onsets (consonants) and word families (rimes).

• Cat, bat, mat etc. have different consonants at the beginning but have the same family of words later on –at and these words rhyme as well as rime.

Difference Between Never and Ever 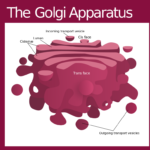 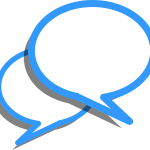 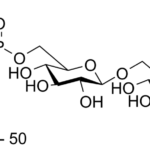