There are many words that are made from the verb rise and they create confusion in the minds of the learners of English language. Some of the words that are made from rise are arise, raise, rose, risen, and rising. These are all very commonly used words in different contexts. It is the pair rise and arise that creates maximum confusion because of the similarities in the meanings of the words. This article takes a closer look at these two words to come up with their differences.

Rise is a word that means to ascend. It is a verb that is applied mostly in cases of things to individuals moving from a lower to a higher level. A rising thing or person is moving upwards. Take a look at the following examples.

• The sun rises in the east.

• I rise early in the morning to catch the train.

• The sound from the music concert was rising in pitch.

• The hot air balloon is rising up in the sky.

Remember that raise is not the same as rise. You raise your hand and do not rise it. Similarly, you get a raise in salary and not the rise. Also, you can raise your hand or even children but not rise them.

Arise is an irregular verb that is used to talk about situations such as opportunities, problems, needs etc. Take a look at the following examples.

• I want you to be here if the need arises.

• Hopes arise in the gloomiest of situations.

• Do not be despondent as opportunities can arise any moment.

• He promised his help if the need arose.

• The question of military takeover does not arise.

Thus, it becomes clear that ‘arise’ means to come into existence or to take shape.

What is the difference between Rise and Arise?

• Arise is used to talk about situations, whereas rise is used for things that move up or higher.

• Arise is to get up or awaken while rise is anything moving from a lower to a higher level.

• To take shape or to come into existence is to arise as in ‘new problems arise every day’.

• Sun rises in the east is an example of the word rise. 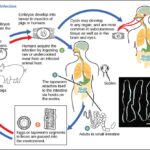