Rituals and Ceremonies are two words that are often confused when it comes to the understanding of their meanings and connotations. A ritual refers to group of actions performed for their symbolic value. On the other hand, a ceremony is performed on a special occasion. This is the major difference between the two words.

A ritual may be performed by a single individual or a group of individuals. On the other hand, a ceremony is performed with the involvement of several people on a special occasion. The purpose of rituals differs according to the society and the religious beliefs.

On the other hand, the purpose of ceremonies is to bring people together on a specific occasion. In other words, a ceremony is a rite of passage in the life of a human being. Thus, it involves the performance of rites such as birthday, graduation, marriage, retirement, puberty, burial and baptism.

It is interesting to note that ceremonies sometimes refer to celebration of events as in the case of coronation of a monarch, victory scored in a war, inauguration of an elected president, annual astronomical positions and the like.

Ceremonies may be featured by celebrations or performances. These performances include dance, music, procession, theater and the like. On the other hand, rituals are not accompanied by performances or celebrations for that matter. At the same time they include, atonement and purification rites and worship rites.

Ceremonies involve a process whereas, rituals involve rules and regulations. Ceremonies are characterized by the pronouncement of declarations or oaths, such as ‘I now pronounce you as man and wife’, ‘I declare open the games’, ‘I swear to serve and defend the nation’ and the like. On the other hand, rituals involve no such declarations for that matter. These are the differences between rituals and ceremonies.

Difference Between Goth and Prep

Difference Between Society and Culture 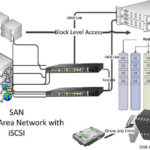 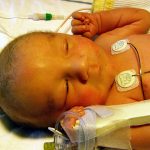