The number of cockroach species inhabiting the Earth counts more than 4,500 but only four of those species have become serious pests for humans. Interesting facts about both roaches and cockroaches would be known after going through the presented information in this article. Cockroaches are commonly referred as roaches, but there are only a fraction of them inhabit around human habitations compared to the number of wild species. The cockroaches are an important taxonomic group, due to their certain characteristics and prevalence. Therefore, this article provides biologically important information on cockroaches and emphasises the difference from roaches.

Cockroaches are a highly diversified group of insects with more than 4,500 species. They are classified under the Order: Blattodea and there are eight families. There are about 30 species of them living around humans and only four of them being serious pests. The most important aspect of the cockroaches is that their ability to withstand the mass extinctions. In a simple term, cockroaches have never failed to survive any of the mass extinctions taken place on the Earth since their beginning 354 million years ago, in the Carboniferous period. Their basis of survival through more than 350 million years could be well explained using their generalised food habits. Their mouthparts are adapted to feed on any type of food, so that they can feed on whatever is available. As an example, the glue under a stamp could be good enough for a cockroach as food. In addition, they can survive after being submerged for more than half an hour and some species can go without breathing for 45 minutes. Moreover, cockroaches could go fasting for more than a month without dying. Compared to most of the other insects, cockroaches are large with about 15 – 30 millimetres long body. The largest recorded species is the Australian giant burrowing cockroach with about a nine-centimetre long body. They all have a dorso-ventrally flattened body with a small head. They have large compound eyes and two long antennae. The whole body is not as hard as in many insects, but the first pair of wings is hard and the second pair is membranous. Their legs have coxae and claws for protection and other functions. Cockroaches could be serious pests not only for food destroyers, but also as dispersal agents of diseases such as asthma.

Difference Between Locust and Grasshopper 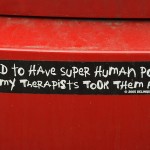 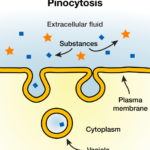