Rock vs Punk vs New Wave

Rock is a very popular music genre that evolved from rock and roll music during the 50’s in America and slowly spread to the entire western world, especially UK and Australia. Rock did not remain static and it kept on evolving with many new subgenres of rock music coming to the fore from time to time. Punk and New Wave are two such subgenres that create confusion in the minds of the listeners. This article takes a close look at these three forms of music to come up with their differences.

Many people think of Rock and Roll when they hear the word Rock, and they are right as rock music has certainly evolved from rock and roll of the fifties. Though rock is sometimes taken as synonymous with rock and roll, there is some difference between the two as rock incorporated influences from jazz and classical, in addition to country music and gospel music. Electric guitar with drums has been the cornerstone of all rock music and rock has continued to evolve since the 50’s. In fact, there are many sub genres of rock music with some of them coming to an end of their life in between while others remaining popular till today.

Punk is a form of music having its roots in the rock music. It evolved in the mid-seventies as a form of anger and rebellion against the establishment in the UK that went through an economic depression in those times. Punk is loud and harsh and reflects anti-establishment sentiments. Punk music is not only harsh and volatile; it is also full of energy that is full of sarcasm. Punk music reflects alienation with the system.

New Wave is a music that evolved from Punk music in the seventies and was given this name to differentiate it from punk. This music is not only anti-establishment; it also has anti-corporate sentiments reflecting the hard times that people were going through inside UK. It is not only different from punk; it is also different from heavy metal. U2, Police, Duran Duran etc. are some of the prominent exponents of this genre.

Rock vs. Punk vs. New Wave

The effervescent rock and roll music of the 40’s and fifties gave way to rock music during the fifties that evolved as a separate genre of music. Many feel that rock and rock and roll are synonymous, but rock has influences from country music and classical that is not there in rock and roll. Rock music has continued to evolve since then and given birth to many subgenres. If punk is a subgenre of rock that expresses anti-establishment sentiments reflecting harsh economic times during Britain in the mid-seventies, New Wave is a form of music that is an offshoot of this punk music and is also anti-corporate, in addition to being anti-establishment.

Difference Between Hip Hop and Punk

Difference Between Hip Hop and Rock 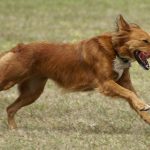 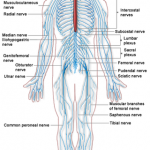