Not many people are aware of the fact that Rome was first a republic before getting converted into an empire. This might appear to be paradoxical to some as becoming a republic is a process that usually starts from autocracy. However, history tells us that Rome was a well developed republic with the rule of law and elected representatives in 100 BC but personal ambitions and power equations let to circumstances where it got changed into an empire. As the name implies, there were obvious differences between the Roman Republic and the Roman Empire that will be discussed in this article.

It is hard to imagine that five hundred years before Christ Rome was a well developed civilization with a republic in place. In fact, republic in Rome flourished for about 500 years before an era of Roman Empire started. There are evidences to suggest that a republic was formed in Rome in 509 BC that was characterized by a government made up of elected representatives of the people of Rome. The authorities were elected for fixed terms and the country flourished and expanded to become the most powerful nation of the world. However, with expansion, generals and politician got more powers and got corrupt with this muscle and the money power. There were elected officials just like senators and congressmen as in modern US, but with the passage of time, these officials became more and more powerful. The result was a constant struggle for power and machinations to beat others to become more and more powerful. Eventually, it was a rule characterized by anarchy and there was chaos all around.

Julius Caesar was one person who had other ideas inside the republic. He became the Governor of Gaul rising through the ranks. He was able to make much money, and he earned the respect from others because of his exceptional abilities of a General. He made many enemies because of his personal ambitions and feeling threatened, he attacked and invaded Italy. However, he could rule for just 2 years before getting killed by senators. His nephew Augustus took reins over from him and killed all enemies of Caesar. He took Rome and gave Egypt to his ally Marc Antony. Later an affair between Queen Cleopatra and Antony made Augustus suspicious, and he attacked Egypt. Both Antony and Cleopatra committed suicides. Augustus became the first emperor of Rome in 31 BC. Augusts laid the foundation of an empire that saw 5 emperors.

What is the difference between Roman Republic and Empire?

While today we have notions of a republic being better than an empire, the fact that the republic paved way for an empire is proof of the manner in which senators who were elected representatives became powerful with the expansion of territories. It became difficult to control increasing territories under the Republic with expansion and this led to a situation where generals of the army became powerful and started to harbor political ambitions. Julius Caesar decided to control not just territory but eventually the whole of Rome. He was the first person who had ambitions to become the ruler of entire Rome that was fulfilled by his nephew Augustus when he became the emperor of Rome. The transition from the republic to the empire was thus complete.

It is easy to say in hindsight that the republic was a reflection of the aspirations of the common people. However, the fact remains that the power remained concentrated in the hands of the chosen few even in times when Rome was a republic. If anything the elected officials had, a fixed term and could not harbor of a lifetime of power during the times when Rome was a republic.

Difference Between Directive and Regulation 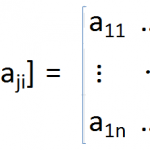