When using numbers, often situation arises where using the exact number or value become tedious and difficult. In such cases, numbers are approximated to a value with reasonable accuracy, but which is much shorter, simpler and easier to use.

Before rounding off a number, the round off digit has to be decided. To the right of the decimal point lies tenths, hundredths, thousandths, and so on. To the left lies ones, tens, hundreds, and so on. In rounding off, the value is approximated to the closest full place value, usually determined by choice.

Before rounding a number, a place value to round must be decided first. Often, this place is chosen in a way that minimizes the loss of information in the original number. The selected place value is normally called the round-off digit.

Estimating is an educated guess for achieving the approximate value for a number or a quantity. Main purpose of estimation is the ease of usage of the number. Unlike rounding, there should not be a specific place value for carrying out estimation and the resulting numbers are not precise. But often rounding is used to obtain estimated values. Averaging is also used in the estimation.

Consider a jar of candy, with each candy has a weight in the range 18-22 grams. Therefore, it is reasonable to deduce that each candy might have an average weight of 20 grams. If the weight of candy in the jar is 1 kilogram, we can estimate that there are 50 candies inside the jar. In this case averaging is used to obtain the estimation.

Also, rounding is used for estimation. Suppose you have a grocery list and you want to calculate the minimum amount you need to buy all the groceries. Since we do not know the exact prices of the goods, we assess the amount using estimated prices. Estimated price can be obtained by rounding the usual prices of the goods. If we know that the average price of a loaf of bread is $1.95, we can assume that the price is $2.00. This type of calculation allows easier usage of prices to calculate the total cost of goods and taken into account any changes in the price.

What is the difference between Rounding and Estimating?

• Both Rounding and estimation are done for obtaining simpler number when performing calculations mentally.

• In rounding, a number is approximated by assigning the closest full number at a specified place value. Therefore, before rounding place value to round off has to be decided.

• Estimation is an educated guess or an assessment using available data. Averaging or rounding is used to get the estimated values.

Difference Between Association and Correlation

Difference Between Ball and Sphere

Difference Between Rectangle and Rhombus

Difference Between Percentile and Percentage 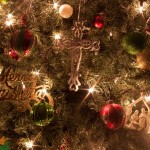 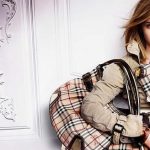